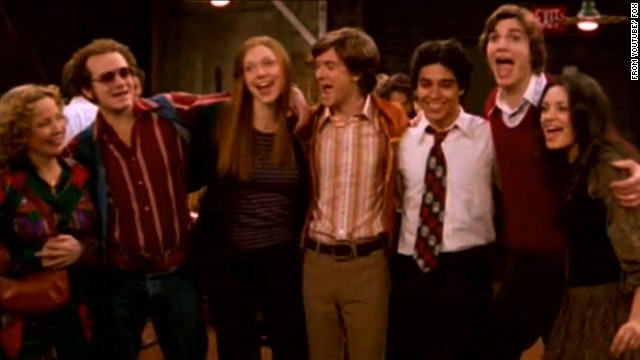 (EW.com) -- Ashton Kutcher may be one of the highest paid actors on TV right now but he hasn't forgotten his roots: EW has learned exclusively that the star of "Two and a Half Men" will join Mila Kunis, Laura Prepon and Wilmer Valderrama for a "That '70s Show" reunion during Fox's 25th Anniversary Special, airing April 22 on the network.

Keenan Ivory Wayans, Marlon Wayans and Shawn Wayans will also share stories about their funniest sketches from "In Living Color" during the two-hour special that will feature Randy Jackson, Jennifer Lopez, Ryan Seacrest and Steven Tyler from "American Idol," Kiefer Sutherland from "24" and "Touch," and Seth MacFarlane from "Family Guy," "The Cleveland Show" and "American Dad."