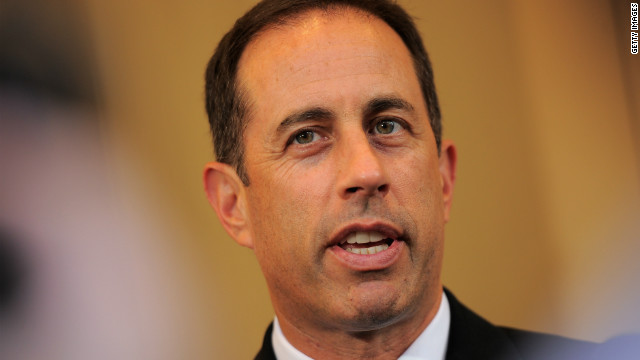 Jerry Seinfeld wrote a letter to The New York Times in response to a column about the overuse of "really."

The comedian penned a letter to The New York Times in response to TV critic Neil Genzlinger's Monday column about the abuse and overuse of one of Seinfeld's favorite words: "really."

"Really, Neil? Really? You're upset about too many people saying, "Really?"? I mean, really," Seinfeld writes.

The amusingly outraged letter to the editor, which uses the word "really" 10 times, comes to the defense of the "lazy" comedy writers who use the word that Genzlinger claims is "undoing 2,000 years' worth of human progress."

Seinfeld defends "Saturday Night Live's" Weekend Update segment "Really!?! With Seth," which used to star Amy Poehler and Seth Meyers and which Seinfeld himself contributed to in 2010; and turned the tables on Genzlinger by ripping him for using the phrase, "wrap my head around it."

"Don't preach to us about 'Really?' and then wrap our heads around things," wrote Seinfeld. "You crumbled a bit of civilization off there yourself."

Seinfeld's keen observation about everything and nothing couldn't come at a better time -- his five-borough New York City comedy tour kicks off tomorrow. I really hope he addresses the "R word" in his routine.

See the full story at EW.com.