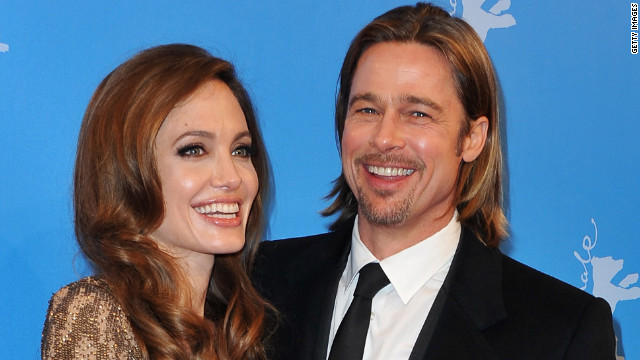 "Yes, it's confirmed. It is a promise for the future, and their kids are very happy. There's no date set at this time. Brad designed the ring," the representative, Cynthia Pett-Dante, told CNN.

The longtime couple had been insisting that they wouldn't marry unless the nation's laws allowed all couples to marry.

Asked about this position after the engagement announcement, Pitt's representative didn't have an immediate comment.

Pitt "wanted every aspect of it to be perfect, so Robert was able to locate a diamond of the finest quality and cut it to an exact custom size and shape to suit Angelina's hand," the representative said. "Brad was always heavily involved, overseeing every aspect of the creative design evolution. The side diamonds are specially cut to encircle her finger."

Jolie, the daughter of actor Jon Voight and actress Marcheline Bertrand, won an Oscar for her role as a mental patient in the 1999 film "Girl, Interrupted."

Pitt, who grew up in Springfield, Missouri, was nominated for an Oscar and won a Golden Globe for his role in the 1995 science fiction film "Twelve Monkeys."

Pitt earlier had been married to actress Jennifer Aniston.

The couple has used their international celebrity to draw attention to a number of humanitarian causes.

Despite ongoing reports that Jolie and Pitt began their love affair during the making of 2005's "Mr. and Mrs. Smith" -- while Pitt was still married to Aniston -- Jolie insisted to the UK's Stylist magazine in 2010 that their relationship began after the film.

"We became friends on the film set," Jolie said, "but (the relationship) began after."

CNN's Jane Caffrey and Jade Biesboer contributed to this report.