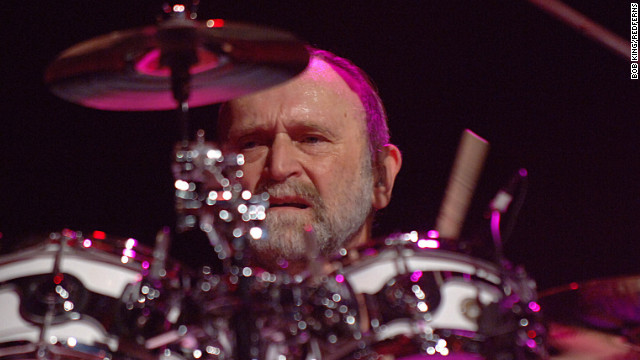 Michael Hossack, shown here performing with the Doobie Brothers in 2005, died on Monday.

(Rolling Stone) -- Doobie Brothers drummer Michael Hossack died at his home in Dubois, Wyoming, on Monday at the age of 65.

He had been battling cancer for some time and succumbed to complications of the disease with his family at his side.

Hossack was a member of the Doobie Brothers between 1971 and 1973, playing on several of the band's best-known hits, including "Jesus Is Just Alright," "Listen to the Music" and "China Grove."

Hossack returned to the band when they reunited in 1987 and was a mainstay of the group through the next two decades, performing on most of the group's tours until he took a health leave in 2010.

The Doobie Brothers released a statement on Hossack in January, saying he was improving slowly. In 2010, Hossack wrote a message to his fans explaining that, while "it's been hard not touring with the band," he had "incredible support" from his family, friends and the Doobie Brothers.

See the full article at RollingStone.com