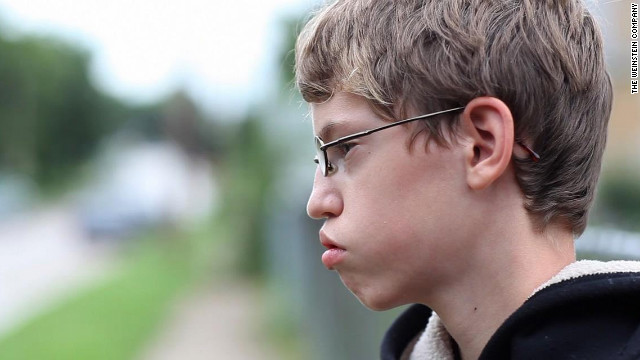 The Weinstein Company lost its appeal to overturn the "Bully's" R rating.

Katy Butler, a 17-year-old high school student from Michigan, delivered a petition (with more than 200,000 signatures) Wednesday to the Motion Picture Association of America's office in Sherman Oaks, California.

Her message: Lower the MPAA rating of the upcoming Weinstein Company documentary from R to PG-13. "Bully," a look at the rise of adolescent bullying in America, was rated R for "some language" -- specifically for the f-word, which is used a reported six times in the film. An R rating means that adolescents under the age of 17 -- the documentary's intended audience -- cannot see the film without an adult guardian.

Butler, who came out as a lesbian in middle school and has been the victim of repeated bullying, launched the online petition on February 26. Since then, she has been featured on CNN and Fox News, and was in the audience during today's taping of "The Ellen DeGeneres Show," during which DeGeneres urged her viewers to also sign the petition.

But will all of this media attention have any effect on the MPAA's decision? In response to Butler's petition, the organization released the following statement from Joan Graves, the Chairman of its Classification and Rating Administration:

"Katy Butler's efforts in bringing the issue of bullying to the forefront of a national discussion in the context of this new film are commendable and we welcome the feedback about this movie's rating. The MPAA shares Katy's goals of shining a light on the problem of bullying and we hope that her efforts will fuel more discussion among educators, parents, and children.

The voluntary ratings system enables parents to make an informed decision about what content they allow their children to see in movies. The R rating and description of 'some language' for Bully does not mean that children cannot see the film. As with any movie, parents will decide if they want their children to see Bully. School districts, similarly, handle the determination of showing movies on a case-by-case basis and have their own guidelines for parental approval.

The R rating is not a judgment on the value of any movie. The rating simply conveys to parents that a film has elements strong enough to require careful consideration before allowing their children to view it. Once advised, many parents may take their kids to see an R-rated film."

With "Bully's" March 30 release date quickly approaching, the Weinstein Company is running out of time. The studio lost its appeal to overturn the movie's R rating, falling one vote short of the two-thirds requirement. As a result, the company was left with three options: (1) Release "Bully" as is with an R rating; (2) Edit or mute the profanity in order to obtain a PG-13 rating; or (3) Release the film without a MPAA rating, which could result in some theaters treating "Bully" as though it were actually rated NC-17.

The film's director, Lee Hirsch, has already voiced his opposition to making any edits.

"To cut around [the profanity] or bleep it out, it really absolutely does lessen the impact and takes away from what the honest moment was, and what a terrifying feeling it can be [to be bullied]," Hirsch told the AP.

And the Weinstein Company believes an R rating would similarly diminish the film's influence on adolescents.

"If your parents take you or make you go [to the movie], it's like forcing a child to take medicine," David Glasser, the studio's COO, told EW. "But if a kid has the ability where he can go on his own, it becomes a movement. That's one of the reasons why we need this rating changed."

So far, the Weinstein Company hasn't decided how to move forward with "Bully," besides the decision to continue keeping pressure on the MPAA. "We're contemplating all options right now regarding what's best for the movie," said Glasser. "In an ideal world, it'd be great if the MPAA would say, 'Look, they got the majority vote, and in context, [the film's language] is fine.' And then everybody goes on their way and we're able to get a very powerful movie out the door."