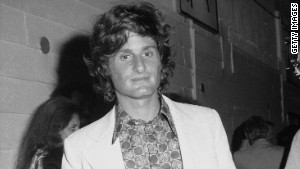 Zalman King poses outside an unidentified location in the 1970s.

Los Angeles (CNN) -- Zalman King, a onetime actor who went on to produce and direct numerous films including "Wild Orchid," died Friday after a lengthy battle with cancer, his son-in-law said.

His wife and longtime contributor, writer-director Patricia Louisiana Knopp, was by his side.

Born Zalman Lefkovitz, King broke into Hollywood in the 1960s as an actor with roles on several TV series including "The Alfred Hitchcock Hour," "Bonanza," "Gunsmoke" and "The Young Lawyers," according to the online Internet Movie Database website, imdb.com.

King also knew Martin Sheen for decades, as well as his son Charlie Sheen, according to Burnett.

The former "Platoon," "Wall Street" and "Two and a Half Men" star lauded King as a "brilliant and noble soul" in a statement Friday on his website.

"My dear friend of 40 years, Zalman King, just lost his battle with cancer," Charlie Sheen wrote. "Fought like a recon marine til the bitter end."