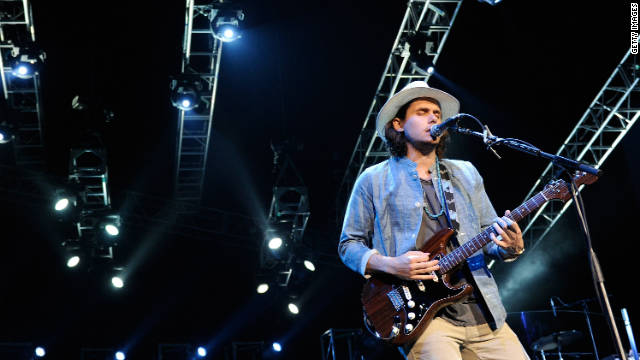 (CNN) -- John Mayer is ready to take the stage once again.

The singer, who was on the mend last year following throat surgery, has released a new single as well as dates for a 2012 spring tour.

Mayer's line-up as of now includes 21 performances, stretching from a two-night stop in Thackerville, Oklahoma, starting March 15, to a concert in Phoenix on May 6.

Tickets for many stops will go on sale on Friday, March 2, and Saturday March 3, with some of the performances also having seats available via Tickets for Charity. Proceeds from tickets purchased through the organization will benefit returning veterans.

The tour is in support of Mayer's upcoming album "Born and Raised," the album that the musician's fans have been waiting for. It was initially supposed to arrive last fall, but will now be released on May 22.

The first single from the album, "Shadow Days," was released to radio on Monday.