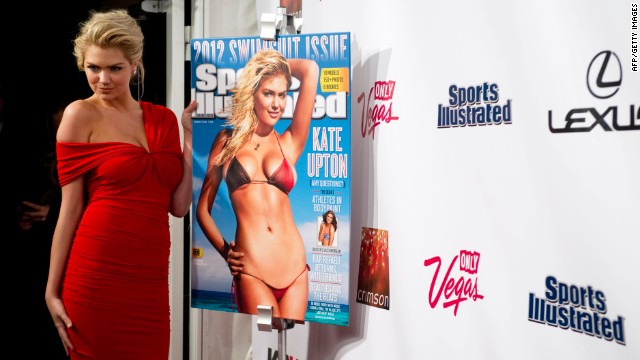 Kate Upton went from (relative) obscurity as a model to the coveted gig of Sports Illustrated swimsuit cover girl after she uploaded a video of herself doing a bouncy version of "The Dougie" at an L.A. Clippers game. It quickly went viral, and her path to fame was set. Her 190,467 Twitter followers haven't hurt either. 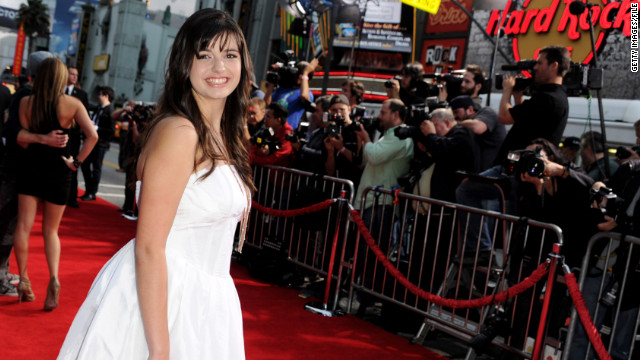 The viral music video of Rebecca Black's song "Friday" was trashed by critics, the vanity release dubbed "the worst song ever." Really? It had about 167 million views on YouTube, which named it 2011's top video of the year. The Internet pop star went on to host MTV's first online awards show, appear on Jay Leno, and have her song performed on "Glee." 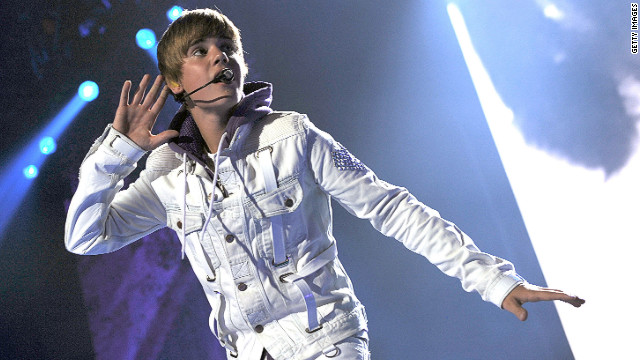 When he was just a boy in Ontario, Justin Bieber uploaded videos to YouTube of himself performing R&B tunes. He collected an Internet following that soon included the R&B star Usher, who signed him to his media group/record label. Since then, Bieber has become a teenage heartthrob, selling more than 4.5 million copies of his three albums and millions more of his digitally downloaded singles. 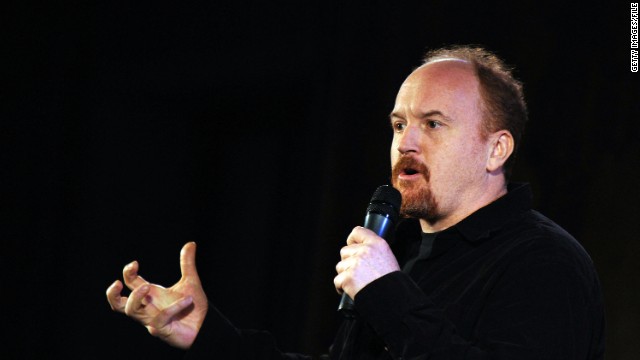 Comedian Louis CK, already a popular regular-guy comedian, confounded the standard distribution and marketing machine by bypassing it completely and offering his standup video for download on his own site. His enterprise bumped his fame to a new level -- and also made $1 million in 12 days. 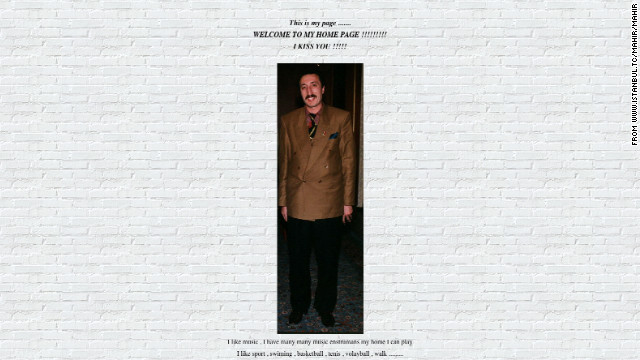 Turkish photographer Mahir Cagri's home page welcomed viewers with a big "I KISS YOU!!!!!" message, followed by an enthusiastic explanation of his interests -- with pictures -- in not-so-great English. He was an early example (1999) of celebrity conferred on an unsuspecting subject by an Internet audience who hadn't realized they could actually do that. In 2006, the site was included in PC World's "The 25 Worst Web Sites" list. 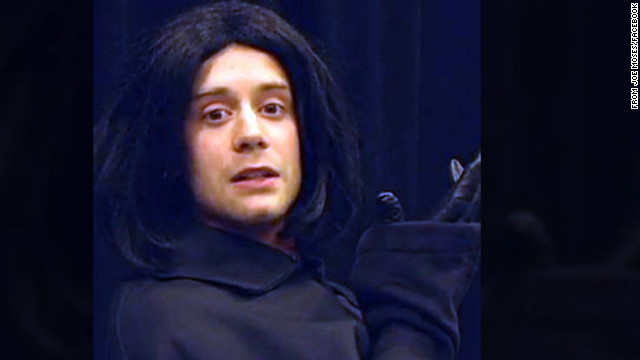 Joe Moses found Internet fame in the role of Severus Snape, which he performed as part of a musical theatre troupe at the University of Michigan in the viral sensation "A Very Potter Musical." The troupe Team StarKid grew a rabid Internet fan base of tweens and teens that has stuck with Moses even as he moved his talents to Brooklyn, where he works as a bartender, performs in a one-man show, and continues to upload video sketches on his YouTube channel. 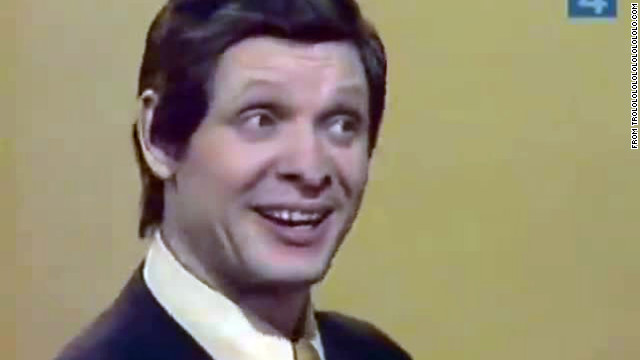 Eduard Khil's cheerful, lounge-singer rendition in 1976 of a Russian folk tune, soon dubbed "The Trololo Song," languished in obscurity until it was uploaded to YouTube. It was picked up by ironic websites far and wide, as well as "The Colbert Report," and parodied mercilessly. Khil, in his 70s and living in St. Petersburg, Russia, says he learned from his 13-year-old grandson that he was a viral sensation.

Editor's note: David Weinberger is a fellow at Harvard's Berkman Center for Internet & Society. His books include "Too Big to Know," "The Cluetrain Manifesto" (co-author), and "Everything is Miscellaneous." He has written for Wired, Scientific American, Harvard Business Review and many others. He is a marketing consultant, has been an Internet adviser to presidential campaigns, and has a Ph.D. in philosophy.

(CNN) -- A year ago, Kate Upton was a pretty young woman. Perhaps not typically model-pretty as The New York Times has noted, but certainly fetching. In the old days, to go from, well, hot to famous, Upton would have needed not just looks but a truckload of luck, for fame was something bestowed by capricious media out to sell their next movie or magazine.

But in the Age of the Internet, all it took was a YouTube video of Upton doing "the Dougie" at a Los Angeles Clippers game. It went viral, and now Upton is on the cover of the Sports Illustrated swimsuit issue. Fame isn't what it used to be.

In the old days, fame was controlled not by the famous and certainly not by the audience, but by the owners of the media. It was so foreign and artificial a construct that we thought that fame made you special. The rules didn't apply to you. You had a certain ethereal glow. A glow of fame.

Now that the Internet has pulled fame inside out, you don't need to be blessed by the mass media to become famous. To paraphrase Andy Warhol, on the Internet, everyone will be famous to 15 people. In fact, everything important about fame has changed.

There's nothing very complicated about how we do it: We create links, and we pass them around. That is the most basic and natural thing to do with a Web like ours.

So, if you happen to come across a video of a fan-made Harry Potter musical spoof, in which you are struck by the presence of a young man named Joe Moses playing Snape, of course you'll tell your friends using your social media of choice: You tweet, you post on Facebook or you might go old-fashioned and send out some e-mails. Some of your friends will share your enthusiasm, so they retweet, repost, resend.

With astonishing rapidity, the Harry Potter musical accumulated more than 3 million views on YouTube, and young Moses has 41,651 followers on Twitter. Moses, a bartender in Brooklyn, is famous on the Internet.

This is possible because the basic idea of media has been transformed. In the days of broadcast, a medium was a channel through which messages were passed, connecting the publisher with the audience. Not on the Internet.

On the Web, the medium isn't the message. The medium is the audience. So, when someone becomes famous on the Internet, it's because We the Medium decided to move that person's message along. And this gives rise to two odd Web phenomena.

First, on the Web we sometimes make people famous for inexplicable reasons. For example, one of the first Web-famous people was Mahir Cagri, a Turkish photographer whose home page (remember them?) welcomed viewers with a big "I KISS YOU!!!!!" message.

Mahir's page was the opposite of slick, and his enthusiastic explanation of his interests was in less than perfect English. There was absolutely no reason in 1999 for his page (which had been slightly "enhanced" by hackers) to go viral. But it did. Certainly some who passed around the link did so to make mean-spirited fun of a man who turned out to be something of a sweetheart.

But many who shared the link to Cagri's page did so in part because it asserted that we the audience could make an obscure person famous overnight. It was "sticking it to the old media" that had for so many years rammed commercial nonentities into our brains. And it's happened countless times.

That we can now can make people famous also explains the deglamorization of fame on the Internet. The people we make famous and sometimes rich are usually people like us. They're flawed. They make spelling errors when they tweet from their mobile phones. They treat us with a rough but real respect.

They are people such as comedian Louis CK, who used the Web's power to bypass the standard marketing machinery and offer his standup video for download on his own site (he made $1 million in 12 days). He is loved by his fans not despite his flaws, but because those flaws show that he is one of us. And don't even ask about what happens when a celebrity ventures onto the Web thinking fame makes him not one of us. (Amirite, Woody Harrelson?)

Now, all of this is complicated because we are in a hybrid culture that is shaped both by the broadcast media and by the Internet. Internet celebrities cross over into the mainstream, and the traditional mainstream star-making machinery still works. Just look at the Web's complex relationship with Justin Bieber and Rebecca Black.

Nothing is simple, especially fame, now that the audience is the medium and fame is of, by, and for us.