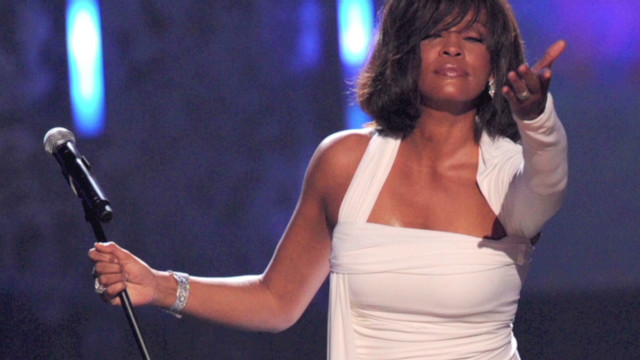 (CNN) -- Saturday's funeral for legendary pop singer Whitney Houston is expected to be made available for television and web streaming from the New Jersey church where she grew up, Houston's publicist said Wednesday.

The services, to be held at New Hope Baptist Church in Newark, will be in a much smaller, more intimate setting than the concert halls and arenas Houston packed during her heyday.

In every sense, she will be going home.

Publicists and entertainers by Wednesday had confirmed nearly a dozen celebrities and personalities will be in some of the 1,500 coveted, "invitation-only" seats.

Gospel singer and pastor Marvin L. Winans, a longtime friend of the Houston family, will give the eulogy at New Hope Baptist Church. Winans officiated at Houston's 1992 marriage to R&B singer Bobby Brown.

The family's thinking, Winans told "AC360," is "we loved her when she was Nippy (a nickname) in New Jersey. The world loves her because of her voice. But if Nippy could not sing, the Houston family would love her."

Although the family is not commenting on Houston's burial location, her death certificate filed Wednesday in Los Angeles lists it as Fairview Cemetery in Westfield, New Jersey.

A message left by CNN with the cemetery office was not immediately returned.

Aretha Franklin, Houston's godmother, has been asked to sing at the funeral, which begins at noon, Franklin's spokeswoman said.

Chaka Khan was a close friend of Houston. Reid produced many of Houston's songs and Jakes co-produced Houston's last film, "Sparkle," which is scheduled to be released this summer. Houston and Jakes are listed as producers.

Ray J, a hip-hop artist, and Houston dated off and on after she was divorced from Brown.

Jackson and the Winans music family have been very close friends of the Houstons.

"She was like family," Simpson said of Houston, "somebody who I watched from the time she was young."

Simpson, who with her late partner Nick Ashford wrote "I'm Every Woman," said Houston "took it to such heights. I remember that on the video, she was pregnant and never looked more beautiful." Houston and Brown had a daughter, Bobbi Christina Brown, who is now 18.

Houston, 48, was found dead in the bathtub of her suite at the Beverly Hilton on Saturday, hours before she was to attend a pre-Grammys bash at the Beverly Hills, California, hotel. Speculation has grown over the cause of her death, which has not been determined pending the outcome of toxicology tests that could take weeks.