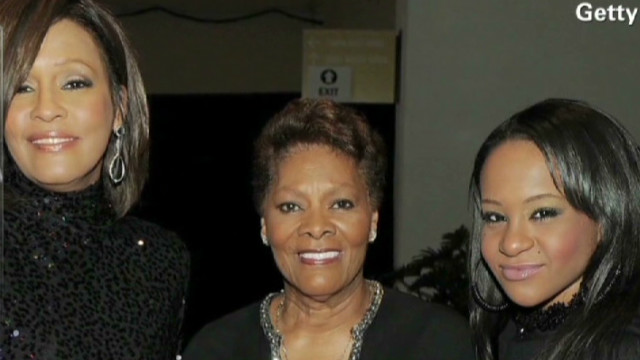 (CNN) -- Actor Kevin Costner, who starred with Whitney Houston in the 1992 hit movie "The Bodyguard," will speak at her funeral on Saturday, according to a source with knowledge of the funeral plans.

Gospel singer Kim Burrell told CNN she will sing, "I Believe in You and Me," a selection made by the Houston family. The song was included in the soundtrack from "The Preacher's Wife," a 1996 film starring Houston.

The ceremony also will feature performances by Stevie Wonder and Aretha Franklin, who is Houston's godmother, the source said Thursday. Singer Roberta Flack will attend, but it was unclear whether she would perform.

Houston's ex-husband, Bobby Brown, plans to attend as well, according to a source close to Brown, and then perform with his group New Edition that evening. Brown considers performing as therapy to get him through a difficult time, the source said.

Brown was openly emotional at a show in Mississippi on Saturday night following news of Houston's death, then pulled out of a performance in Nashville on Sunday night and flew to Los Angeles.

He will rejoin New Edition Thursday night for a performance in Upper Marlboro, Maryland, according to a New Edition publicist.

The funeral in Newark, New Jersey, will be in a much smaller, more intimate setting than the concert halls and arenas Houston packed during her heyday.

In every sense, she will be going home.

The funeral will be made available for television and web streaming from New Hope Baptist Church, the house of worship where the singer grew up.

There will not be a customary funeral procession, Newark police Director Samuel DiMaio said Thursday. Houston's family and her body will arrive at an undisclosed time, he said.

"I would advise the public that there really is going to be nothing to see here at the church," DiMaio said. "The best thing to do would be to stay home and watch the service on television. .... The funeral is not gonna be the traditional procession that we would normally have."

Because of the police perimeter, a large screen will not be erected outside the church for the public to view the service. The church had said earlier it hoped such a screen could be in place.

Authorities have no security concerns, DiMaio said, but the priority is protecting the privacy and safety of the family and invited guests.

Publicists and entertainers as of Thursday had confirmed a dozen celebrities and personalities will be in some of the 1,500 coveted, "invitation-only" seats.

Gospel singer and pastor Marvin L. Winans, a longtime friend of the Houston family, will give the eulogy at New Hope. Winans officiated at Houston's 1992 marriage to R&B singer Bobby Brown.

The family's thinking, Winans told "AC360," is "we loved her when she was Nippy (a nickname) in New Jersey. The world loves her because of her voice. But if Nippy could not sing, the Houston family would love her."

Although the family is not commenting on Houston's burial location, her death certificate filed Wednesday in Los Angeles lists it as Fairview Cemetery in Westfield, New Jersey.

The cemetery confirmed that Houston's father, John Russell Houston, is buried at Fairview.

Chaka Khan was a close friend of Houston. Reid produced many of Houston's songs and Jakes co-produced Houston's last film, "Sparkle," which is scheduled to be released this summer. Houston and Jakes are listed as producers.

Jakes will also be speaking at the funeral. He said Thursday, "I think the major focus is to comfort the family and not to try to provide answers for which there are no answers.

"People often try to reconcile in their own minds why did this happen, and I think, sometimes, over the years, I've learned that when you really try to over-answer and speak on behalf of God, you get yourself in trouble."

He said he wants to encourage Houston's family to "use their faith as a catalyst to continue on their journey, to learn life lessons from the gift of Whitney Houston. Both her strengths and weaknesses teach us something about life and cause us to reflect on ourselves."

Houston was "a very resilient person who, in spite of personal difficulties and tragedies, was resilient and strong-willed and able to rise above the fray. I think there are lessons to be learned from that."

Ray J, a hip-hop artist, and Houston dated off and on after she was divorced from Brown.

A steady stream of people drove by the church Thursday, some slowing down to snap pictures and others getting out of their cars to pose in front of memorials.