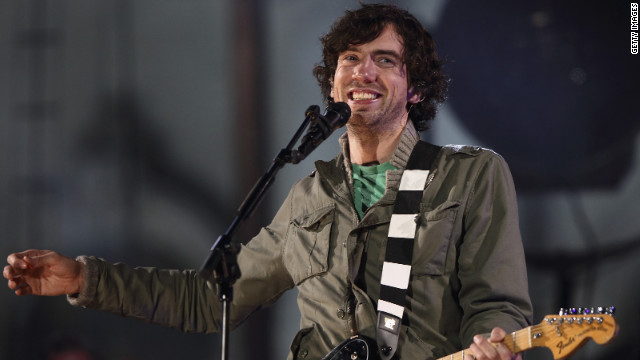 Gary Lightbody of Snow Patrol is better on ''Life-ning,'' on which he sticks to listing his basic needs.

(EW.com) -- "Grey's Anatomy" fans still remember these Irish alt-rockers as The Band That Made Izzie Sob on Denny's Deathbed.

But it's been six years and two albums since their anthemic ''Chasing Cars'' appeared on the show and helped 2006's "Eyes Open" go platinum. True, they just bowed their new single, ''New York,'' on "Grey's." But with their sixth full-length, "Fallen Empires," Snow Patrol are hoping to make an emotional impact that resonates beyond the realm of McSteamy, if that's all right with McYou.

With its sweeping guitar-rock symphonies and pounding electronic beats, "Empires" could've been called "Fourteen Songs About Fourteen Different Types of Melancholy." Break-ups, childhood nostalgia, even the loneliness of air travel are covered.

The album begins with brooding over a house that burned down and only gets more dramatic from there, with enough slow-building uplift to make Coldplay paint little Day-Glo hearts on their jackets. The band's massive hooks have been boosted by Michael Stipe of R.E.M., who helped frontman Gary Lightbody overcome writer's block, and moments like the gospel-choir chorus of ''This Isn't Everything You Are'' are genuinely affecting.

At times, Lightbody can be too over-the-top, with declarations like ''I've crashed to earth/ But I've fallen for so long that it was just relief.'' He's better on ''Life-ning,'' on which he sticks to listing his basic needs: ''Ireland in the World Cup/Either North or South... This is all I ever wanted from life.'' For all the sentiment, it's the simplest stuff that rings true. B