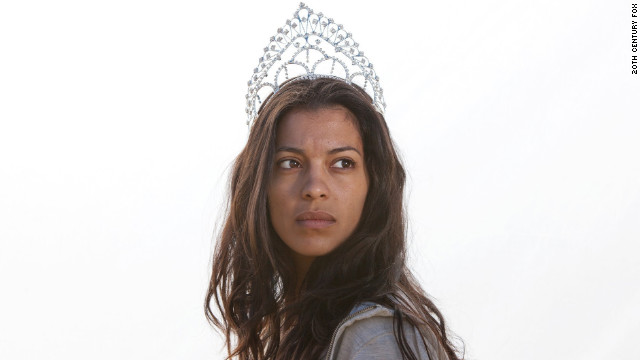 Editor's note: Mark Rabinowitz is a co-founder of Indiewire and more of his writing on film can be found at his blog The Rabbi Report.

(CNN) -- Gerardo Naranjo's "Miss Bala" is one of these films that comes along every so often that captures the imaginations of the critics and has most of us dancing around singing "Hallelujah."

Every time this happens, however, there are one or two critics of otherwise sound mind who have a less than enthusiastic reaction. This time it's my turn.

Not to say that "Miss Bala" isn't an entertaining, well made and thought provoking film. It is. It also boasts some exceptional acting work from its lead, Stephanie Sigman, as well as a chilling turn from Noe Hernandez, as the menacing gangster who insinuates himself into her life. It's just that I wasn't blown away and while we critics don't exactly have a hive mind, when you come across a film that is worshiped by many colleagues who you respect that you simply "like," you wonder if only for a moment, whether there's something wrong with you.

Laura (Sigman) is a stunningly beautiful young woman in her early 20s living in Tijuana, Mexico, who dreams of winning the Miss Baja title. The day before she is to audition for the pageant, Laura and her friend Suzu (Lakshmi Picazo), also an aspiring beauty queen, end up in a seedy nightclub populated by dangerous men and the women who love them (which includes Suzu).

A victim of "wrong place at wrong time" syndrome, Laura ends up being the only living witness to a massacre perpetrated by Lino (Hernandez) the local drug kingpin and his gang, as they storm the nightclub. While searching for Jessica the next morning, Laura makes the mistake of trusting a local traffic officer with her story and things go markedly downhill from there.

Lino takes an immediate shine to Laura (who wouldn't?) and rather brazenly begins to use her in his criminal endeavors, including running cash across the border for weapons, all in exchange not only for the safety of her father and brother, but also so Lino will fix the beauty pageant. It's like watching the fastest case of Stockholm Syndrome on record.

Laura comes across as a weak and superficial woman and while this isn't a problem in and of itself, it can be frustrating to watch such a character repeatedly make what, to me, were obvious mistakes. Then again, I have never been in her situation.

I guess you could say I had a failure in my ability to suspend disbelief.

The film is expertly shot, however, and director Naranjo does a great job creating dread, building suspense and pacing the film as things get darker and darker for Laura. Alas, along the way she makes mistake after mistake. "Miss Bala" is based on the true story of former Miss Sinaloa, Laura ZÃºÃ±iga, who was arrested in 2008 for being part of an international drug trafficking ring.

All in all, there is enough suspense, quality acting and truly harrowing scenes in "Miss Bala" but I felt like I should like it more than I did.

"Miss Bala" is rated R (Under 17 requires accompanying parent or adult guardian). It's extremely violent with contact gunbattles and contains an upsetting but non-graphic scene of rape.