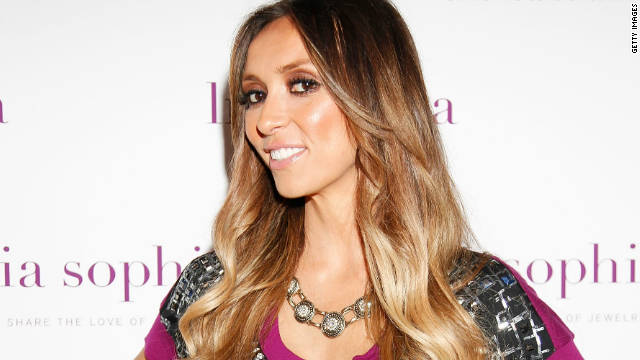 Giuliana Rancic says her breast cancer ordeal has changed her life for the better "in so many ways."

(PEOPLE.com) -- Three and a half weeks since having a double mastectomy, Giuliana Rancic says she's "doing better than I anticipated in recovery."

While that's great news for the E! host, she also says her breast cancer ordeal has changed her life for the better "in so many ways."

"I never thought my marriage could be stronger, or I could be closer to [my husband] Bill," she told PEOPLE at an E! Luncheon on Saturday for the Television Critics Association press tour in Pasadena, Calif.

She's also become more religious. "We go to church every Sunday. And we did before, but it never meant as much as it does now," Rancic, 37, says. "We prayed on our own, but now we prayed together and you'll never know how much that means until you do it. Bill and I have changed our lives in that one way."

As for the decision to have the surgery, which removed both her breasts, she has no regrets. "The surgery brought my risks down to 95 to 100 percent," she said. "If I had a lumpectomy, I would have early estrogen menopause for at least two years, and I want to have children."

Besides, she told PEOPLE, her breasts don't define who she is as a person or as a professional in the entertainment industry.

"I didn't give two sh**s about my breasts. I didn't care that at the Golden Globes, I wouldn't be able to show cleavage," she said. "A lot of people were shocked. They said, 'Are you sure you want to do this? Think about the life you lead and the fabulous dresses and that's part of your job. It could put your job in jeopardy.' And I thought, if I ever have a job that is defined by my breasts and some gorgeous gown then I'm in the wrong business."

It also helps that her husband has been by her side throughout her health scare. "It breaks my heart that a lot of women don't have a supportive husband," she said. "Bill's a saint, and the hottest male nurse ever. He's very protective and it's almost as hard for him as it was for me."