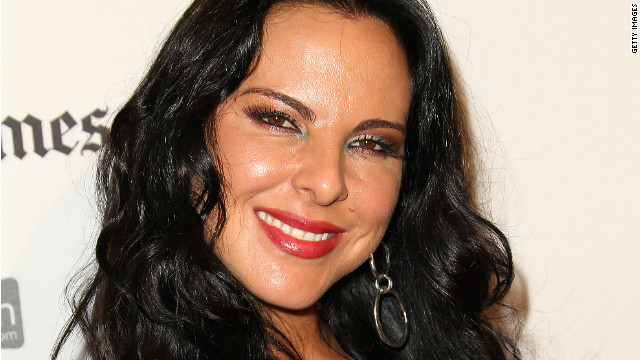 (CNN) -- A well-known Mexican actress who has played crime bosses on television says she trusts the purported head of the Sinaloa cartel more than government officials.

"Today I believe more in El Chapo Guzman than in the governments that hide the truth from me even though it is painful," actress Kate del Castillo said in a message linked to her Spanish-language Twitter account this week.

Her wide-ranging online post -- which outlines the movie star's beliefs on topics such as the goodness of the human race, the Roman Catholic Church and marriage -- came the same week that officials from the U.S. Department of the Treasury called Joaquin "El Chapo" Guzman "the world's most powerful drug trafficker."

Guzman, who is accused of running a major network that distributes cocaine and heroin, has been indicted by U.S. authorities in Chicago, New York and Los Angeles. In 2004, the U.S. government announced a $5 million reward for information leading to his arrest and conviction.

He is worth about $1 billion, according to Forbes Magazine, which began listing the drug kingpin on its billionaires list in 2009. The magazine ranks him as No. 55 on its Most Powerful People list.

"Mr. Chapo: Wouldn't it be cool if you started to traffic in goodness? With cures for diseases, with food for children in the street, with alcohol for nursing homes. ... trafficking with corrupt politicians instead of with women and children that end up as slaves? With burning all the pimps that treat a woman like she's worth no more than a pack of cigarettes?" she writes. "With no supply there is no demand. Do it, sir, and you would be the hero of heroes. Let's traffic with love. You know how."

The post has sparked debate in Mexico and beyond the nation's borders.