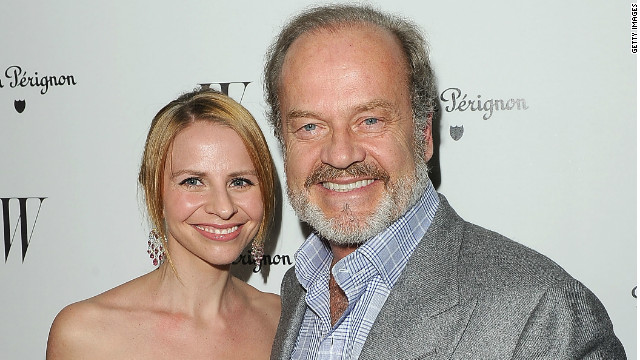 It will be the first child for actor Kelsey Grammer and his wife Kayte Walsh.

Grammer, 56, married the 32-year-old former flight attendant in February in New York, just after Grammer's divorce became final from his third wife, Camille Donatacci, who appears on "The Real Housewives of Beverly Hills."

Grammer currently portrays Chicago Mayor Tom Kane in the Starz series "Boss," and is nominated for a Golden Globe award for best actor in a drama television series.

Grammer and Donatacci had two children -- Jude, now 7, and Mason, 10. Grammer also has daughters Spencer, 28, and Greer, 19, from previous relationships.

He told CNN's Piers Morgan in October that "I think (Donatacci) married me because I was Frazier."

Grammer also told the CNN host that his "parting gift" to his third wife was her role in the reality series "The Real Housewives of Beverly Hills."

"Whether or not it worked well for her doesn't matter," Grammer said. "It was my way of saying, 'Look, you always wanted to be famous. Here you go.' "