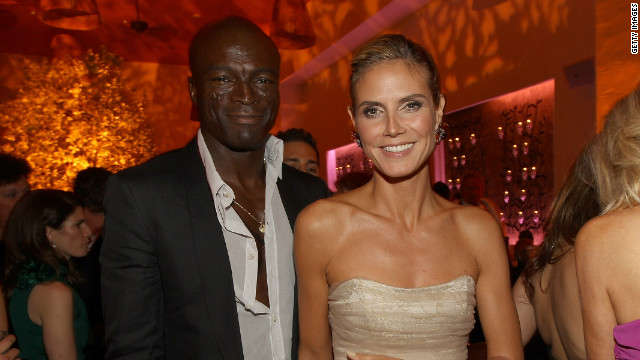 (CNN) -- Pop star Seal and supermodel Heidi Klum have decided to split, the two said in statements released by their publicists.

"While we have enjoyed seven very loving, loyal and happy years of marriage, after much soul-searching we have decided to separate," the statements said. "We have had the deepest respect for one another throughout our relationship and continue to love each other very much, but we have grown apart."

Seal and Klum have four children together -- Leni, Henry, Johan and Lou.

"This is an amicable process, and protecting the well-being of our children remains our top priority, especially during this time of transition," they said. "We thank our family, friends, and fans for their kind words of support. And for our children's sake, we appreciate you respecting our privacy."

Klum told CNN's Piers Morgan in October that she first met Seal, 48, when she was sitting in the lobby of a New York City hotel.

"My husband came into the hotel after he just went to the gym," the 38-year-old "Project Runway" host recalled. "He was wearing hot, little bicycle shorts, and he was very sweaty, and I was like 'oh, hello.'"

Seal is best known for his hits "Crazy" and "Kiss from a Rose," which appeared on the "Batman Forever" soundtrack.

KJ Matthews contributed to this report.