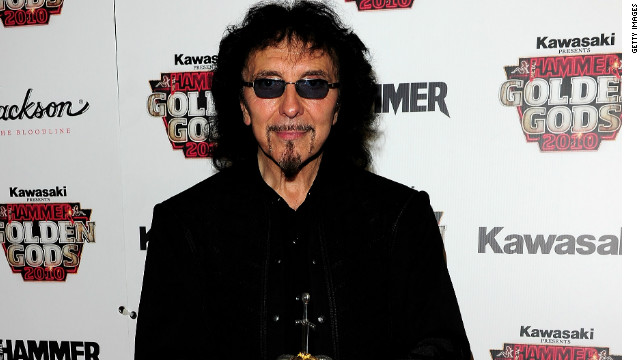 Tony Iommi poses with the best album award at The Metal Hammer Golden Gods Awards in 2010.

(CNN) -- Black Sabbath guitarist Tony Iommi has been diagnosed with cancer, a statement from the English heavy metal band said.

In the early stages of lymphoma, "Iommi is currently working with his doctors to establish the best treatment plan," according to a statement released Monday. "His bandmates would like everyone to send positive vibes to the guitarist at this time."

The band said it will now travel to the United Kingdom to continue to work with Iommi.

In November the four original members of Sabbath -- Ozzy Osbourne, Tony Iommi, Geezer Butler and Bill Ward -- announced they were recording a new album with producer Rick Rubin and would tour in the fall of 2012. The last album they recorded together was 1978's "Never Say Die!"