Opposites attract! Gwen Stefani and Blake Shelton are one of our favorite yet unexpected celebrity couples. The pop star and country singer first started their relationship in November 2015, shocking everyone with their surprise romance. So how exactly did their love story unfold? We chronicle their road to romance in the video above!

Gwen Stefani to Blake Shelton: Thank You for 'Kissing Me Back to Life’

Stefani, 47, and Shelton, 40, started off as friends and costars on NBC’s The Voice back in 2014, when the No Doubt frontwoman joined the hit show as a coach for its seventh season. Both went through divorces in 2015, from Gavin Rossdale and Miranda Lambert, respectively, and bonded over the difficult time in their lives. 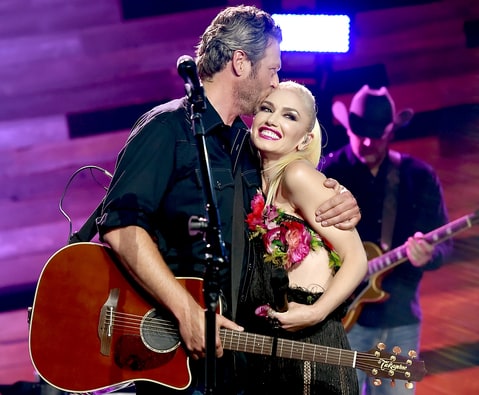 Blake Shelton and Gwen Stefani perform on the Honda Stage at the iHeartRadio Theater on May 9, 2016, in Burbank, CA. Kevin Winter/Getty Images for iHeartMedia

The two first sparked romance rumors when they spent Halloween 2015 together with fellow Voice costar Adam Levine and his wife, Behati Prinsloo. The next month, Shelton’s rep confirmed the relationship exclusively to Us Weekly, saying, “Gwen and Blake are longtime friends who have very recently started dating.”

The A-list couple made their long-awaited red carpet debut in February 2016 at the Vanity Fair Oscars afterparty, where they packed on the PDA and held hands for all to see. Stefani and Shelton later teamed up to perform a duet, “Go Ahead and Break My Heart,” on The Voice in May 2016.

Most recently, a source told Us in November 2016 that Stefani and Shelton are “starting to finalize” wedding arrangements.

Watch the video above to relive all of their best moments!

Sign up now for the Us Weekly newsletter to get breaking celebrity news, hot pics and more delivered straight to your inbox!