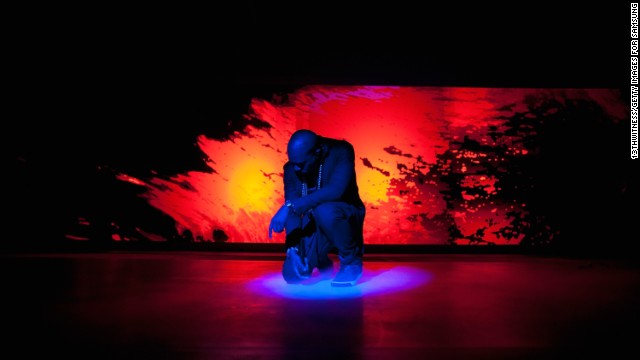 (CNN) -- Summer is the best time for outdoor musical festivals and blasting music with all the windows open. We've done the legwork for you, and compiled what should be some of the best albums of the season, and the most tent-worthy festivals, organized by region.

Find the ear candy that suits your taste best, and get busy listening:

The band's sixth album, a follow-up to "Era Vulgaris," welcomes founding bassist Nick Oliveri back into the band, and includes guest spots by Dave Grohl, Elton John, Trent Reznor, Mark Lanegan, Brody Dalle and Jake Shears, among others. It's one of the first meaty rock records of the summer and can be heard here.

The Lonely Island, "The Wack Album," due June 11

An anecdote to the oh-so-earnest music out there, Andy Samberg, Jorma Taccone and Akiva Schaffer are back with the hilarity, with help from friends Solange, Maya Rudolph, T-Pain, Adam Levine, Lady Gaga, Justin Timberlake, Pharrell Williams and more. "Semicolon" is a twisted update of "Schoolhouse Rock," while "Spring Break Anthem" takes bromance to its logical conclusion.

His follow-up to "My Beautiful Dark Twisted Fantasy" is supposed to be a game-changer -- and we hope that doesn't mean too many Kim Kardashian songs such as "Baby You're Awesome," which he played at the Met Ball and the Adult Swim upfront. A sneak peek of tracks "Black Skinhead" and "New Slaves" on "Saturday Night Live" suggest that he's been listening to a lot of DMX, while his collaborators include Daft Punk, Skrillex, John Legend, members of Odd Future, No I.D., Pusha T and Chief Keef. Potential tracks "I Am a God" and "I Am Not a Celebrity" also suggest 'Ye isn't leaving his ego at the door.

Now that multi-instrumentalist Kjartan Sveinsson's left to go compose elsewhere, the Icelandic band's sound has transformed from ambient music/dream-rock to something harder and darker, as indicated by first-released tracks "Brennisteinn" and "Isjaki," which venture further into prog-metal. Don't worry, the gorgeous falsettos are still intact.

The duo's synth-heavy follow-up to "Congratulations" features influences by Aphex Twin and house music and was recorded with longtime Flaming Lips producer Dave Fridmann, which only can mean one thing -- expect it to be trippy. The first sneak peek track, "Alien Days," was released on cassette for Record Store Day last month. The album is expected to include a version of Faine Jade's garage rocker "Introspection" as well as new track "Mystery Disease."

What's new this summer on TV?

For the 20th anniversary of "Enter the Wu-Tang (36 Chambers)," the Staten Island hip-hop group has a new and possibly final album, named after their 1997 track, "A Better Tomorrow." RZA told The New York Times that the group has one last mission: "We need to, one time, completely, efficiently, properly represent our brand," while Ghostface Killah told the Guardian, "We got verses and s---, but you gotta make sure it's right. Don't rush it." Take your time.

The full album was supposed to be out in April, but the Sri Lankan rapper gave us a taste of her new music (outside of last year's"Bad Girls") during Paris Fashion Week for the runway show of the Japanese brand Kenzo. Advance word on "Mitangi" was that it was more upbeat than usual ("Come Walk With Me"), but leaked track "AtTENTion" is a bit darker: "My existence is militant." M.I.A. has said on Twitter that there are "no collabs" on this album, although she worked with producers Hit-Boy and So Japan, whose Kyle Edwards told MTV the album has "a lot more bounce to it."

Queen B has treated us to a few tracks so far from her fifth studio album -- "Grown Woman," "Standing on the Sun," "Bow Down/I Been On" -- so we know she's working on it. The only question is how much remains to be done before release, since she's currently on tour. Speaking of which ...

Sure, most of your favorite artists are on tour this summer -- from Beyonce to Jay-Z and Justin Timberlake to Taylor Swift -- but you'll get more bang for your buck if you check out one of the many music festivals around the country. You might even discover a new fave artist while you're there:

If you're on the West Cost (or thereabouts), you might want to go to Bumbershoot in Seattle August 31-September 2 (Labor Day weekend). The lineup at Bumbershoot includes fun., Death Cab for Cutie, MGMT, Bob Mould, The Breeders, Matt & Kim and Heart. Death Cab for Cutie plans to play the 2003 album "Transatlanticism" in its entirety. (You know, the one from which Seth had the poster on his wall in "The O.C.") Also, the Experience Music Project will host an electronic dance music stage.

Those farther south on the coast might want to hit up Outside Lands in San Francisco August 9-11 which will include Red Hot Chili Peppers, Yeah Yeah Yeahs, Vampire Weekend and Willie Nelson.

If you're in the Midwest (or thereabouts), Lollapalooza in Chicago's Grant Park should be your destination August 2-4. The lineup includes Phoenix, Lana Del Rey, Queens of the Stone Age, The Cure, The Killers, The National, The Postal Service, Nine Inch Nails, Grizzly Bear and Ellie Goulding, plus plenty more. Granted, it's not the same as when Lollapalooza actually toured the country, but this is great for one-stop shopping to fulfill your summer music needs.

Folks on the East Coast should try their luck at the Governor's Ball in New York June 7-9, which Kanye West is headlining (Guns N' Roses are slated to make an appearance, but you never know with Axl Rose). Also on the bill are the Lumineers, Kendrick Lamar and Kings of Leon.

A little farther away from the Big Apple is the sure-to-be-eventful Hot 97 Summer Jam on June 2 in East Rutherford, New Jersey, which includes more Kendrick Lamar, plus A$AP Rocky, Wu-Tang Clan, Fabolous, Wale and Miguel.

Down South, big festivals await. Bonnaroo in Manchester, Tennessee, June 13-16 has an eclectic lineup this year, with seasoned vets (Paul McCartney, Tom Petty & the Heartbreakers, David Byrne) facing off against typical festival fare (Mumford & Sons, Wilco, The Lumineers) and some beyond the norm choices (Björk, R. Kelly, Wu-Tang Clan). And then there's the comedy lineup, featuring David Cross (in case you didn't get enough of him in the new season of "Arrested Development"), Ed Helms (ditto for "The Hangover III"), and Bob Saget, who will probably work blue.

Does that mean we'll have to wait a little longer for her new album? We've got all summer.