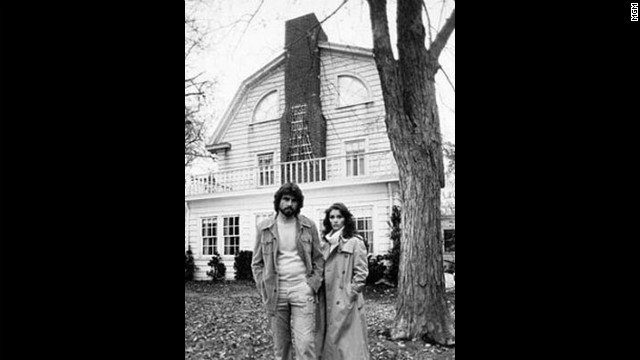 James Brolin and Margot Kidder starred in the 1979 film "The Amityville Horror."

Just in time for Halloween, the owners of the home made famous in the spooky 1970s film "The Amityville Horror" are dramatically slashing the asking price on their Toms River, New Jersey, colonial, which was used for exteriors in the film.

The decision wasn't triggered by demonic activity, however. Apparently, another frightening "D" word was to blame.

"My husband and I are getting a divorce," said Odalys Fragoso, who bought the house with her husband Jose Fragoso in 2001. "It's not that the house is haunted or anything. We had wonderful times in that house."

"If there were a curse on it, I wouldn't be in it," joked Donna Walesiewicz, the broker selling the 3,370-square-foot residence. "It is what it is, a nice old stately home." 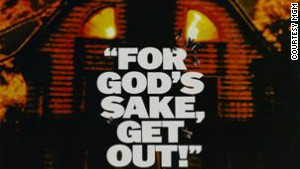 It was also the perfect place for Hollywood producers, who used it as a double for the real Amityville house when shooting the 1979 movie. The film, based on Jay Anson's 1977 best-seller, featured buzzing flies, ghostly eyes, blood pouring from the walls and a satanic voice warning a visiting priest to "Get out!" The film starred James Brolin, Margot Kidder and Rod Steiger.

The story has its origins in the real-life tale of the Lutz family, who purchased a house in Long Island, New York, in December 1975. The Lutzes' reports of strange and horrific experiences became the heart of the book and film.

The "Amityville" franchise has since churned out an ample supply of sequels over the past 30 years, from a 3D version to a 2005 vehicle for Ryan Reynolds.

Fragoso's waterfront homestead, built in 1920, is nowhere near the Lutzes' old haunt -- about 100 miles and a state line away -- and is anything but scary.

Spread out over half an acre, it boasts a furnished basement, a lounge in the attic, hardwood floors and a two-car garage. There's also a pool and a dock.

"The property alone, being on that river, you have that southern exposure, it's just a beautiful home," said Walesiewicz.

How can the price be reduced a half-million dollars in only a year? Nothing suspicious about it: Walesiewicz said it's a sign of the times. "The housing market has dropped tremendously," she said. "That's why people are coming down and buying homes in cash. They aren't making money in other investments. They are putting it in real estate."

This isn't the first time the price has been reduced. Last year it dropped from $1.45 million to $1.35 million before the house was taken off the market in October. Fragoso rehung the "for sale" sign again in May, this time for $1.25 million. Even then, the house drew little interest. 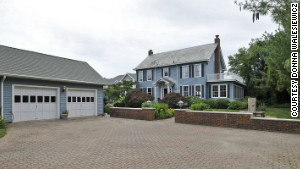 The Toms River, New Jersey, house was used for some of the film's exterior shots.

Odalys Fragoso, 51, who is in the middle of divorce proceedings after 33 years of marriage, said the house was appraised this summer for $1.1 million, but the judge told her and her husband they had to lower the price. Which is why it's now at $955,000, she said.

Dozens of fans of the movie have appeared at her doorstep over the years, taking pictures and asking questions. "They were thrilled that they filmed the movie there," Fragoso said.

She also never sensed the house held any sinister secrets or apparitions. "I never felt anything, nothing whatsoever. I was just happy that we were buying the house because we saw the potential of it," Fragoso said. "It's not haunted, not at all."