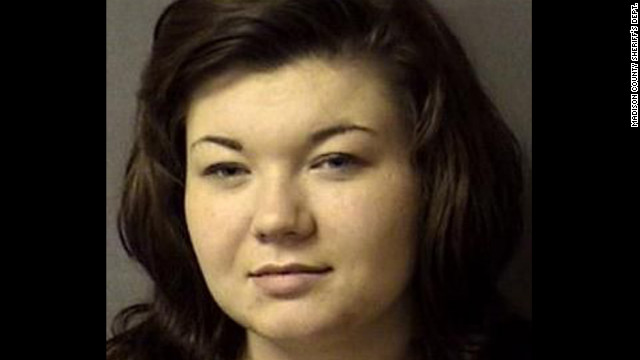 (CNN) -- Reality-show subject Amber Portwood, whose legal troubles began on MTV's "Teen Mom" show, will be in an Indiana prison for the next two years or more.

Madison County, Indiana, Circuit Judge David Happe ruled Tuesday that Portwood must serve the prison time he imposed earlier this year when she pleaded guilty to a felony drug charge. She had avoided prison with a plea deal that included drug rehab, but she dropped out of the program last month.

Portwood, 22, was arrested on May 24 for violating her drug court probation requirements by failing a urine test and then lying about it, Prosecuting Attorney Rodney Cummings said.

That violation may not have caused probation to be revoked, since probationers are given two or three opportunities, "but she just opted out," Cummings said. "I just don't think she knew opting out meant five years in prison."

Portwood will likely spend two-and-a-half years in prison before being released on parole for the remainder of the five years, Cummings said. Inmates get a day reduced from their prison time for each day successfully served. It is possible she could get another 30-day reduction for completing a drug rehab program while in prison, he said.

The report that Portwood definitely will be placed in a prison drug rehab program is not accurate, since that can only be decided once she is in the Indiana prison system, he said.

It probably will take two weeks before the commitment order is signed by the judge and Portwood is transferred from the Madison County jail to state corrections department custody, he said.

Portwood was first arrested on felony domestic violence charges in November 2010 because of incidents seen on her reality TV show -- where she was shown shoving, punching, slapping and choking her boyfriend, Gary Shirley.

She was rearrested last December when a probation search found "a fairly sufficient amount of several different prescription pills" that were not prescribed to her, Cummings said.

She spent more than a month in jail before reaching a plea deal on a felony drug charge that included the drug rehab program, he said.

Her 3-year-old daughter is in the custody of Shirley, the father.