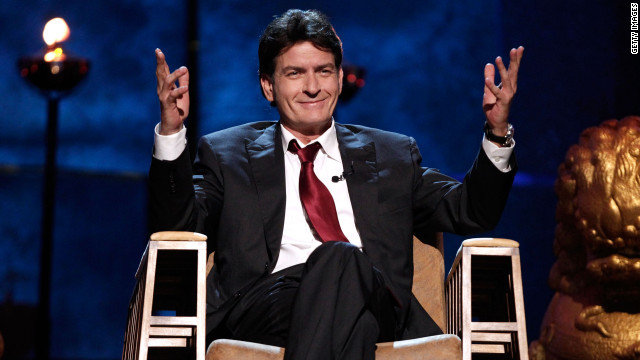 "I mean, how does a guy who's obviously quicksanded, how does he consider any of it a victory?" Charlie Sheen said.

(Rolling Stone) -- Charlie Sheen looks back on his rocky past while plotting the next phase of his career in the new issue of Rolling Stone, on newsstands Friday.

The actor, who walked away from the massively popular CBS sitcom "Two and a Half Men" last year after a bizarre public meltdown -- complete with its own set of memorable catchphrases, from "Winning!" to "Tiger Blood" -- will soon star in the new FX show "Anger Management."

On his post-"Two and a Half Men" antics: "Clearly, a guy gets fired, his relationships are in the toilet, he's off on some f****** tour, there's nothing 'winning' about any of that. I mean, how does a guy who's obviously quicksanded, how does he consider any of it a victory? I was in total denial."

On being off the wagon and making no bones about it: "I mean, the s*** works. Sorry, but it works. Anyway, I don't see what's wrong with a few drinks. What's your drink? Tequila? Mine's vodka. Straight, because I've always said that ice is for injuries, ha ha."

2011: Sheen not ashamed of mistakes

On his foot fetish: "I've not dated girls because of their feet, just the length of certain toes and the shape of where things should be and they're not. Hammertoes are bad. And the second toe being too long? That's bad, too."

On his mended relationship with ex-wife Denise Richards: "He and I are like best friends now," says Richards. "Confidants. He tells me everything." Adds Sheen, "And we sleep in separate rooms. Everybody's going to want to know that, too."

See the full story at RollingStone.com.