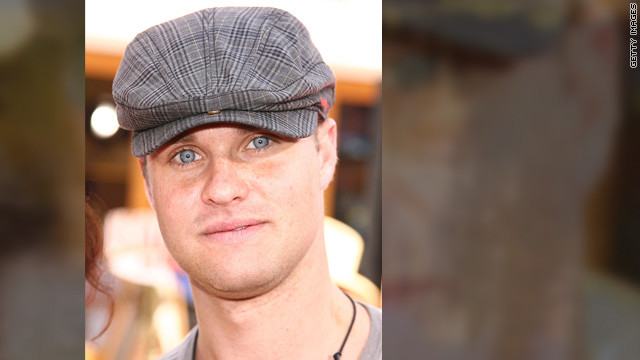 Zachery Bryan attended the premiere of "The Fast and the Furious: Tokyo Drift" in 2006.

(CNN) -- From his run-in with the cops to that time he was caught with marijuana, Brad Taylor certainly got into his fair share of trouble on "Home Improvement."

But Zachery (Ty) Bryan, who played Tim "The Tool Man" Taylor's oldest son on the series for eight years, says he prides himself on being a child star "that's done well."

"I had phenomenal parents," he told CNN. "They kept me very grounded, and I lived a normal life." A life that included playing team sports and attending "regular school" during his time off from filming.

Since the show concluded in 1999, Bryan has appeared on episodes of "Boston Public," "Center of the Universe" and "Veronica Mars." He can also be seen in 2006's "The Fast and the Furious: Tokyo Drift." But the former child star no longer makes a living in front of the camera.

Now known as Zachery Bryan (he dropped his middle name shortly after "Home Improvement" ended), the 30-year-old works as a producer in Beverly Hills.

" 'Home Improvement' was the key in the ignition that started the engine," he said. "It not only was financially great for me and my family, but it was such a learning experience. ... I can sit in a meeting with someone twice my age and have close to the same experience. I've always looked at 'Home Improvement' and my early-age success as an opportunity to learn and be able to eventually put on this cap that I'm wearing now."

For now, Bryan says, that cap will be worn solely behind the camera.

"[Acting] is not my primary focus right now, but I never count it out," he said, noting that he doesn't plan on appearing in any of the films he produces.

Ever since the "Home Improvement" cast reunited for an Entertainment Weekly photo shoot in 2011, fans have been crossing their fingers for a reunion episode.

Of course, the Taylor family patriarch is busy starring on "Last Man Standing," which is essentially "Home Improvement" with three daughters.

Despite his preference for comedies and love stories, Bryan's production company produced the horror film "Rogue River," which comes out on DVD Tuesday.

Bryan calls the flick his homage to the 1990 psychological thriller "Misery."

"I get really scared," he said, "but I can watch 'Rogue River' over and over because I know what's going to happen."