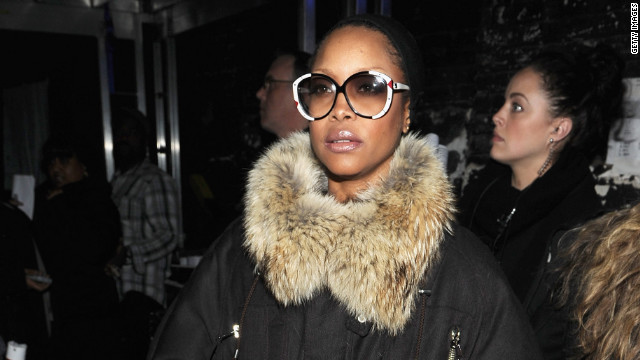 "I never would have approved that tasteless, meaningless, shock motivated video," Erykah Badu wrote on Twitter.

(Rolling Stone) -- The "heady fwendship" between Erykah Badu and Wayne Coyne, formed on the grounds of her guest feature on "The Flaming Lips and Heady Fwends" Record Store Day LP, has hit a rough patch.

Badu posted a lengthy tweet chastising the Flaming Lips frontman for the NSFW video released for their collaboration, "The First Time Ever I Saw Your Face," which went viral on June 1.

In the video, Badu soaks naked in a bathtub singing the airy lyrics, interrupted by shots of her little sister Nayrok getting deluged by liquid corn starch, gold glitter and a milky substance. (Badu is no stranger to taking her clothes off for cameras. Her video for "Window Seat" shows the Queen of Neo-Soul stripping to her knickers while strolling through her native Dallas.)

While Badu first called "The First Time Ever I Saw Your Face" video "cosmic" in a tweet, she criticizes Coyne for releasing an unapproved version of the visuals, and she went as far as calling him "self serving" in the TwitLonger message. "I never would have approved that tasteless, meaningless, shock motivated video," Badu wrote.

In the message, she claimed Coyne misled her in their collaborative process. "Yu did everything wrong from the on set," she wrote. "First: You showed me a concept of beautiful tasteful imagery (by way of vid text messages). I trusted that. I was mistaken. Then u release an unedited, unapproved version within the next few days. That all spells 1 thing, Self Serving. When asked what the concept meant after u explained it, u replied ,"it doesn't mean anything, I just want to make a great video that everyone is going to watch." I understood, because as an artist we all desire that. But we don't all do it at another artist's expense. I attempted to resolve this respectfully by having conversations with u after the release but that too proved to be a poor excuse for art."

Back in March, Badu talked to Rolling Stone about the collaboration, saying Coyne interrupted her 29 times during the recording process until she was forced to say, "C'mon man, just let me sing it!" Badu bought this up again in her retort, posting, "I should have followed my first mind back in studio when recording the vocals 'your way.'"

Badu fans were outraged by the NSFW video, forcing Coyne to take full responsibility for the footage on Twitter. The Lips camp has since also released the following statement:

"The video link that was erroneously posted on Pitchfork by the Flaming Lips of the Music Video 'The First Time I Ever Saw Your Face', which features Erykah Badu, is unedited and unapproved. Sorry!! We, the Flaming Lips, accept full responsibility for prematurely having Pitchfork post it. It has outraged and upset a segment of fans and we apologize if we offended any viewers!!! This is a Flaming Lips video which features Erykah Badu and her sister Nayrok and is not meant to be considered an Erykah Badu or Nayrok statement, creation, or approved version."

Despite the Lips trying to make amends, Badu still had these last words: "you can KiSS MY Glittery A**."

See the full story at RollingStone.com.