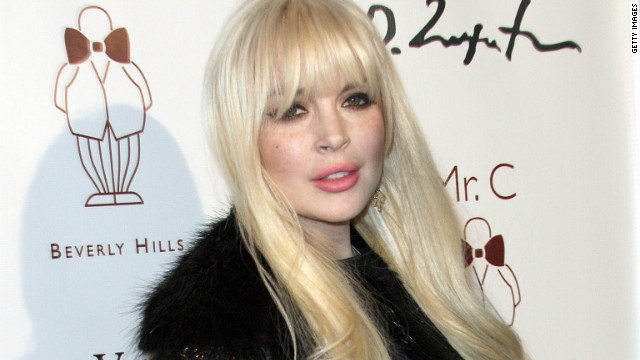 Los Angeles (CNN) -- A woman filed a battery complaint against Lindsay Lohan on Saturday, accusing the actress of shoving her at a West Hollywood nightclub two nights earlier, according to a Los Angeles County Sheriff's official.

"It's just an allegation," Sgt. Chris Bowman said. "It's been received by our detectives."

A detective will check the validity of the complaint, Bowman said.

If the allegation had been made last month, before Lohan was released from the strict rules of supervised probation, it might have had more serious implications for her. Any arrest then could become a probation violation leading to jail time.

Lohan probation comes to an end

Lohan publicist Steve Honig questioned why the woman waited until Saturday to go to the sheriff department's West Hollywood Station to file a complaint.

"You have to wonder about someone who calls the media before the police," Honig said.

A judge gave Lohan, 25, a fresh start on getting her life together two weeks ago by ending her supervised probation. She will remain on probation for a misdemeanor shoplifting conviction, but without the strict reporting requirements of the two felony drunken driving convictions.

It culminated five years of legal troubles for Lohan, which included 250 days in rehab, 35 days in home confinement, 67 days on community service, 19 days in court and six trips to jail.

"I know it's hard when people are following you all over the place, but that's the life you chose," Judge Sautner told Lohan, advising her to "live your life in a more mature way, stop the nightclubbing and focus on your work."

Lohan is preparing to portray Elizabeth Taylor in a Lifetime movie, which starts filming next month. She also has a role in an upcoming episode of the hit Fox TV show "Glee."