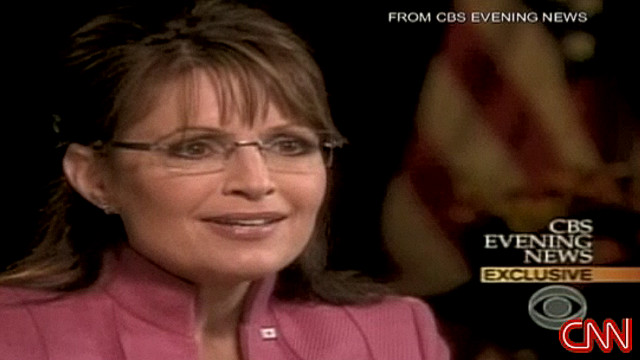 Sarah Palin's 2008 interview with CBS' Katie Couric did not go well for Palin.

"She'll reveal a different side of her than you've seen before," the morning show's website boasted Sunday.

Couric co-hosted "Today" for 15 years before leaving for CBS.

The matchup of the two women brings to mind Couric's infamous 2008 interviews with Palin for CBS News when Palin was the GOP vice presidential candidate. Among the details revealed in the course of those interviews was the fact that candidate Palin could not name a single newspaper or magazine that she regularly read.

Palin is now a paid contributor for the Fox News Channel.

In addition to rekindling memories of 2008, the two announcements come at a big moment for the competing morning talk shows. According to Nielsen, "Today" has won the ratings war for some time, but recently "Good Morning America" has been making a steady comeback, threatening to overtake "Today" as the top-watched morning show.