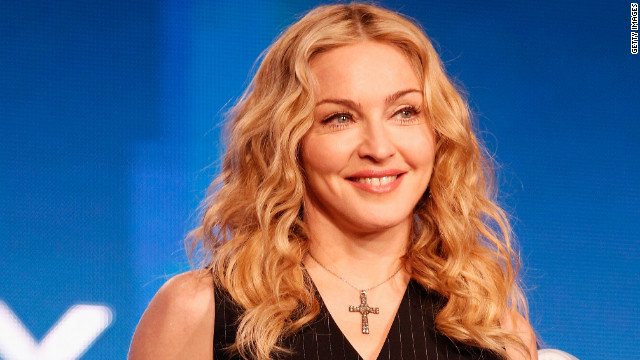 Madonna's "MDNA" was released March 26 to reviews that seemed to range from lukewarm to enthusiastic.

According to Nielsen SoundScan, the 53-year-old pop icon sold 359,000 units, giving her the biggest album debut of 2012.

This also marks the Material Girl's fifth consecutive studio album to reach the top of the charts.

Billboard's Keith Caulfied says the only female with more number-one albums is Barbra Streisand with nine.

"MDNA" was released March 26 to reviews that seemed to range from lukewarm to enthusiastic, especially from dance music aficionados. A number of tracks seem to deal with her well-publicized divorce from director Guy Ritchie in 2008 after seven years of marriage.

Although Madonna showcased her first single, "Give Me All Your Luvin'" in a slicky-produced halftime show at the Super Bowl in February, she's kept a low profile in the weeks leading up to the album's release. She made a brief surprise visit to Miami's Ultra Festival on March 24. The only interview she gave in support of "MDNA" was a live Facebook chat with Jimmy Fallon.

But album sales did receive an additional boost by fans who bought tickets to her upcoming world tour, which kicks off May 29 with two shows in Tel Aviv, Israel. Ticket-buyers were given an option to purchase the album in a bundle with their concert tickets. These album sales were folded into the SoundScan tally.

By contrast, veteran pop star Lionel Richie landed at number-two on this week's Billboard Top 200 with his new album, "Tuskegee," which was heavily promoted on television and sold 199,000 units. That figure is certainly nothing to sneeze at -- it's Richie's highest-charting record since he released "Dancing on the Ceiling" in 1986.

"Tuskegee" remakes 13 of his greatest hits with such country superstars as Shania Twain, Blake Shelton and Kenny Chesney.