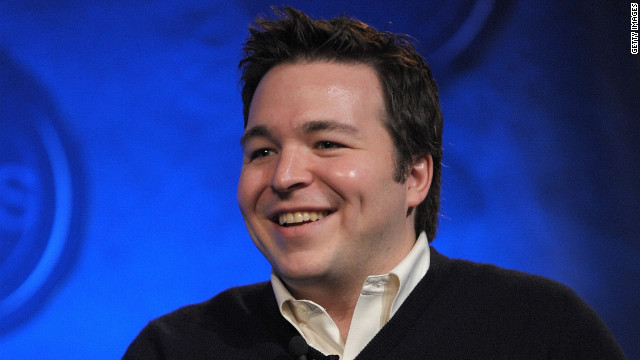 "How I Met Your Mother" co-creator/executive producer Carter Bays, shown here in 2009.

(EW.com) -- This week's episode of "How I Met Your Mother" featured a pretty unforgettable smile-inducing kicker.

After Ted found himself bemoaning his romantic setbacks and lack of personal progress, a look into the not-so-distant future revealed he had a daughter. Tear up? Join the club. But would you have guessed that the moment wasn't even part of the greater plan for the season?

"We had a week of treading water, to be honest," says co-creator/executive producer Carter Bays. "We have the arc of the season going, but this was one week where there wasn't one, specific big event happening. We always get nervous about those kinds of episodes because you want to know that the story is moving forward."

So, he says, they took a "step back," and decided to put a little perspective on the overall story of the series. "We were really telling the story that a father probably should tell his kids because it was only 22 minutes as opposed to seven seasons," he jokes.

Indeed the flashbacks and talk about the past was a nice reminder of where we've been with the gang. But as Bays sees it, it's also a great reminder of where we're going -- without giving everything away. Yes, he admits, they made sure Neil Patrick Harris hid his left hand so we wouldn't know whether or not Barney would be married three years from now.

"He's so good at making that look natural," he says, laughing. "He's a magician; he's good with his hands. He knows what he's doing"

But does Barney? This episode saw the once notorious womanizer seemingly settling into life as a one-woman man. To be fair, Becki Newton previously warned EW that Barney and Quinn would be on the fast track. But after just a few episodes of courting, they're living together...and liking it! Is it all too fast? Bays doesn't think so.

"I think Barney is in love. At a certain age, you stop worrying about the pacing so much and you sort of realize you're only on this planet a short time so you might as well be with the person you care about the most," he says. "And I think that's Quinn right now for Barney."

The best way to show that, he says, was to break barriers -- by breaking wind.

"We put off having a fart sound effect on our show for seven years, and we did pretty well without it. And it was one of those things as a showrunner that you know two things right away: You're going to be embarrassed that you're doing it at the table read, and you know that in the final cut, it's going to be the funniest moment and get a laugh," he says. "And it's not 'Blazing Saddles' -- cowboys sitting around eating beans — it's actually a very real threshold to cross in a relationship. It's a big relationship moment."

So where do they go from here? For one, Quinn and Barney will continue moving pretty quickly, he says, and next week, we'll see more from Robin (Colbie Smulders) than we did in this episode.

"Robin, there is some excitement in her life coming up, especially next week's episode," he says.

When we pick up, Robin and Ted still aren't talking and viewers are going to see how that affects their lives and friendship.

"We went for the reality of those situations," he says. "I feel like on this show we've gone as far as we can go where it's just the gang hanging out at the bar week in and week out, with these big thing happen to them that don't really change things. Ted and Robin have now reached the point where it's not as simple as hanging out at the bar and forgetting the fact that Ted's in love with her, and she's not in love with him. It's complicated."

But, not to worry, he says. "I feel like [there's] a satisfying ending -- the way it all wraps up as the season comes to a close."