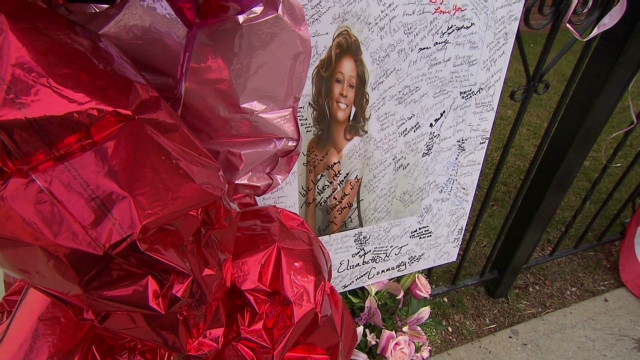 Lea este artículo en español/Read this article in Spanish. Share your thoughts about the passing of musical superstar Whitney Houston.

Investigators were attempting to find Houston's medical records and determine the identity of her doctor, the Los Angeles County Coroner's office told CNN on Tuesday.

Citing a source with knowledge of the case, The Los Angeles Times reported Wednesday that investigators are expected to serve subpoenas on the doctors, as well as pharmacies where the prescriptions were filled, as they attempt to determine her cause of death.

While the source would not discuss specifics of the case, according to the Times, they said it was standard practice to determine whether the drugs were dispensed properly and whether there was any indication Houston was receiving too many prescriptions.

Houston, 48, was found dead in the bathtub of her suite at the Beverly Hilton on Saturday, hours before she was to attend a pre-Grammys bash at the hotel.

Speculation has grown over the cause of her death, which has not been determined pending the outcome of toxicology tests that could take weeks. Ed Winter, assistant chief coroner for Los Angeles County, has said that while medication was found in the room, the amount was less than that usually present in overdose deaths.

"I know there are reports that she maybe was drowned or did she overdose, but we won't make a final determination until all the tests are in," Winter said earlier. He ruled out foul play and said there were no injuries to Houston's body.

Houston's battles with drug addiction had cast a shadow in recent years over her impressive singing voice and her talent.

However, a close family friend told CNN on Tuesday that Houston had not used "hard drugs" for several years, although she was taking medication for a throat infection and Xanax or a similar drug for anxiety and to help her sleep. The friend said Houston was also known to have a drink if she went out.

A private, invitation-only funeral is planned for Houston on Saturday at New Hope Baptist Church in Newark, New Jersey, where she honed her vocal skills as a child.

Gospel singer Marvin Winans will give her eulogy at the funeral Saturday at the request of Houston's mother, said Pastor Joe Carter.

"When I've seen her, she's ... so full of life. That's why this is so weird. You can't imagine her not being alive," award-winning songwriter Diane Warren told CNN's Piers Morgan on Tuesday night.

"She was able to leave us with so many wonderful memories of that God-given gift," Carter said. "That's what we are celebrating on Saturday."

The church seats a maximum of 1,500 people, and the pastor said he expects "all these empty pews to be filled with people whose hearts are broken."

In honor of the family's wishes, there will be no public memorial in Newark, city spokeswoman Anne Torres said. The church hopes to set up a large screen outside so residents and fans can watch the service.

New Jersey Gov. Chris Christie said he plans to issue an order for flags to fly at half-staff at government buildings on the day of the funeral.

The pop superstar's body arrived at the Whigham Funeral Home in New Jersey on Monday from California on a private plane.

"Her heart is broken: Nobody expects to bury her child," Carter said. "But she is managing it with miraculous strength. She is so grateful for prayers and thoughts, and that's holding her together."

The coroner's office said toxicology tests could take six to eight weeks, though Beverly Hills police Lt. Mark Rosen said that the coroner's report is expected to be finished sooner -- in two to three weeks.

CNN's Don Lemon and Deb Feyerick contributed to this report.