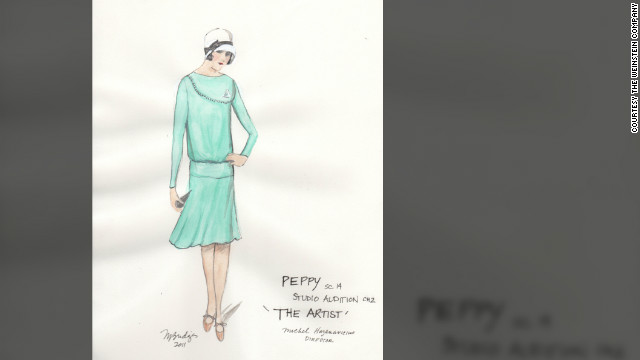 Editor's note: This is part of a look at some of the lesser-known Oscar nominees. Read a profile of "Descendants" film editor Kevin Tent and Q&As with "Margin Call" writer J.C. Chandor and "Dragon Tattoo" cinematographer Jeff Cronenweth.

For "Boogie Nights" and "Blow," he evoked the 1970s. "The Fighter" showcased the early '90s. "There Will Be Blood" went back to gritty early 20th century California, and "8 Mile," "Punch-Drunk Love" and "The Italian Job" offered a range of contemporary looks befitting their locales -- and characters.

With "The Artist," a black-and-white silent film, Bridges brings back that golden Hollywood age -- both the peak of its glamour and pit of its shabbiness. He earned an Oscar nomination for his work -- his first, perhaps surprising given his work on some of the most notable films of the past 15 years.

He spoke with CNN about how his job combines the best of all worlds, and what (or "who," for those who prefer the favored Oscar pre-show word) he'll be wearing on the red carpet. The following has been edited and condensed from the original transcript. 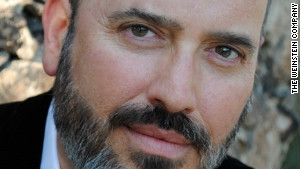 Mark Bridges received his first Oscar nomination for his costume design on "The Artist."

CNN: I understand you have a fondness for silent-era pictures.

Mark Bridges: Ever since I was young. I have book reports from when I was in fifth grade or seventh grade on silent movies. My mother used to take us to revival houses because I was interested in it, so it's always been a lifelong interest of mine. And it combines with my vocation, and I was really, really excited with the possibility of doing this film.

CNN: How did you go about getting the look of the time?

Bridges: Without the color to communicate the language of telling the story, I was trying to tell the story through textures, whether it be lamé, sequins and beads for Hollywood, or very flat rough textured wools to communicate down-on-your-heels, or the elegance of satin lapels for evening wear, or the shimmer of a beautiful nightgown. It became a story of textures telling the story.

Bridges: I don't see any difference, because my position remains the same: they give me the material, and I propose a way to contribute to the visuals of the story. Same thing when I read one of Paul's original scripts. I read it, we discuss it, then I go out and try to figure out what language of clothing are we making this story. It's always about how do I reveal this character, how do I reveal this moment through the character's external appearance.

CNN: Actors say that it's getting into costume that allows them to become another person. It's like a personality change.

Bridges: It's interesting when that happens in a fitting room. We start out with me and an actor, and then with the right combination of clothes or a talk about how a moment might be played or illustrated, suddenly there's this third person there who wasn't there when we started, and then we know we're on to something.

CNN: How did you get into the business?

Bridges: I was always involved in theater and drama. As a child, I loved movies, I always drew, I always loved fabric, I loved clothes, I loved color, I loved telling a story. So it's an amalgam of everything I enjoy, and it happens to be called costume designer.

CNN: What are you going to wear?

Bridges: I'm going to wear a single-breasted, peak-lapel Brooks Brothers tuxedo, which is very throwback to the period, and a custom tuxedo shirt from Anto of Beverly Hills.