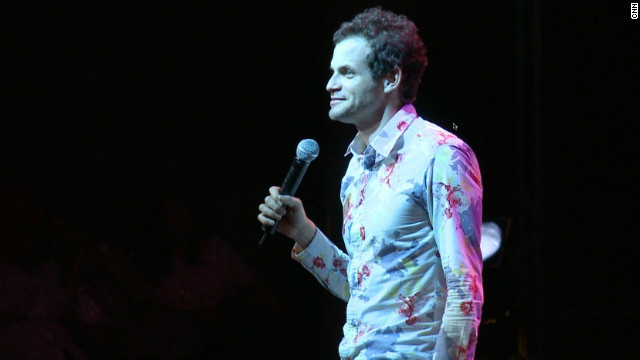 Nik Rabinowitz is Jewish, Xhosa-speaking South African comedian with a loyal fan base around the country. 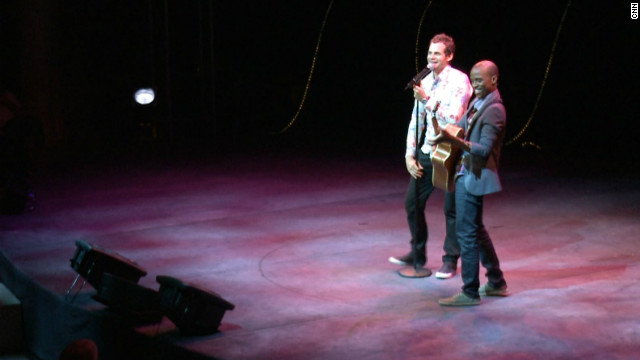 Rabinowitz has teamed up with another South African comedian Tats Nkonzo. The duo use jokes to stir up stigmas and stereotypes in a nation striving to come to terms with its racist past. 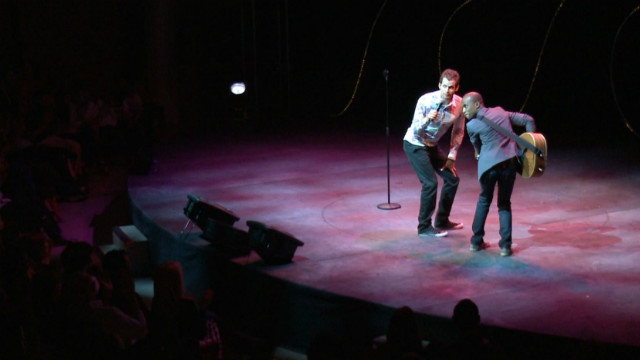 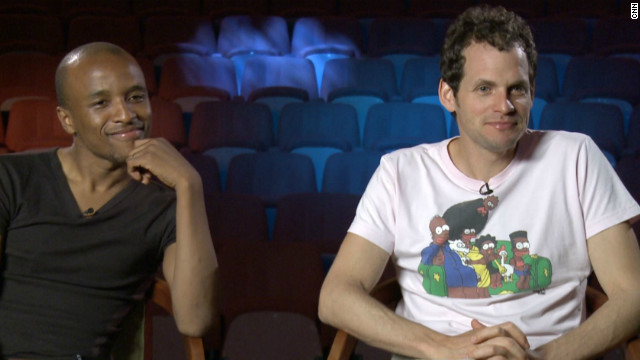 Having a similar approach to comedy makes Rabinowitz and Nkonzo work well together, they say.

"We would like to dedicate this song to all the black people in the audience -- I can only see one," says Rabinowitz. "I see three of us tonight," quickly adds Nkonzo, with the audience bursting into laughter.

Over the next hour, the two South African comedians -- one white, one black -- will deliver their own brand of comedy, using an arsenal of jokes to stir up stigmas and stereotypes in a nation striving to come to terms with its racist past.

"In this country a lot of us do use comedy to confront various things and challenge certain ideas and it is just the tip of the iceberg," award-winning Rabinowitz said before the show.

"We do need to poke our fingers in certain places and say, 'well, this is still going on,' and I think particularly around Africa we need to do that -- and we do," he added.

Becoming a comedian with a message

From race and religion jokes to polygamy gags and political spoofs, Rabinowitz and Nkonzo are using satire to help South Africans accept uncomfortable truths -- and the jokes go a long way.

"I have a polygamy gag where I talk about, I wonder what love songs a polygamist sings to their wives, because there are no love songs that cater to polygamists," said Nkonzo, a rising star in South Africa's comedy circuit, who often incorporates music and singing to his performance.

"I had to sit down and go how do I say what I want to say, so then that's how the music thing came and then I go on the whole spiel about they don't have any love songs to sing to their wives and then people laugh -- I win, they win.

"You know this song; you're like a dream come true, just want to be with you, you know it's plain to see, that you're the one for me ... four... five, if ever your work is done, then I'll get another one."

In this country a lot of us do use comedy to confront various things and challenge certain ideas and it is just the tip of the iceberg.
Nik Rabinowitz

Having a similar approach to comedy makes Rabinowitz and Nkonzo work well together, but the two artists found their calling in different ways.

A much-loved impersonator, Rabinowitz has a loyal fan base from all around South Africa. Besides taking to the stage, he also has a regular slot on local radio with his own political satire show.

His comedy career started after he joined a theater company traveling around Africa in his post-university years. Rabinowitz says visiting different countries across Africa helped him enrich his understanding of the continent, as well as pick up different cultural elements that he still uses in his act.

"I spent time in Kenya as well -- they do an interesting thing there where they mix up their 'L's' and their 'R's' in Kenya, so they would say things like, 'we know all about Mr Zuma, your plesident' and we'd say, 'What do you know about him?' 'And they'd say, 'We know he's got a big erection coming up this year,' and we say, 'Yes, that's true,'" said Rabinowitz, reciting one of the jokes in his act.

In his latest show, he shares the stage with up-and-coming Nkonzo, who started his career three years ago after taking part in a reality TV show for comics.

Nkonzo, who often appears on stage with a guitar, said that all of his comedy comes after serious thinking. The challenge, he explains, is to communicate whatever he wants to say but also be funny.

"Comedy is very much hiding hilarity in the humor -- I'm saying what I want to say and you're accepting it and we kind of both win. I feel like I haven't cheated myself, I've told you what I need to say, I've given you your laughs and yet I've left you with something. That's the tension for me."

Rabinowitz and Nkonzo see themselves as the watchdogs of society in South Africa, pointing fingers and exposing the absurdity of the rigid mindset.

"And we have to do it in the light way," said Nkonzo. "If there's an army, that's our post -- there are the president and the law makers and you know, whatevers, we are the comedy wing."

Teo Kermeliotis contributed to this report