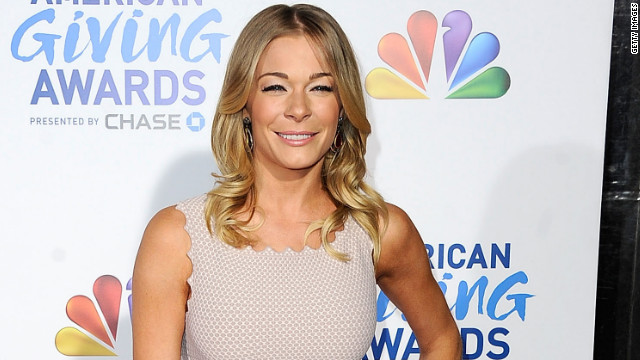 A source said that LeAnn Rimes has met with an "X Factor" co-producer about the judging gig and other opportunities.

Sources say Rimes is interested in joining the Fox reality hit, with one source adding that she's met with "Factor" co-producer FremantleMedia North America about the gig and other opportunities.

Cowell has not made firm offers for the posts, the list of candidates continue to shift and official outlets continue to decline comment. But Rimes could make sense on a few levels for "X Factor." First, she would add country music expertise, like Blake Shelton provides for NBC's "The Voice." That could also boost the show's ratings since country music award shows have been one of the few TV genres to have successfully grown their audience in recent years. Rimes also knows what it's like to compete in a TV talent competition, she first gained national attention when she was eight years old by becoming a finalist on Star Search in 1991. Plus, Rimes' personal life, marriage to Eddie Cibrian and weight issues -- while polarizing -- have also drawn plenty of headlines, which would spur press coverage of the show.

Rimes performed a tearful tribute at a concert last week to Whitney Houston, who Cowell considered for an "X Factor" gig before her death on February 11.

Another name recently floating about for the Factor judges panel: "X Factor" UK judge Kelly Rowland. The British press have reported yesterday Rowland is quitting the UK series to "focus on her solo career in the U.S," though sources say none of the UK spots have been decided yet. And the former Destiny's Child star recently declared she'd be interested in switching to the U.S. version. "It would be awesome to be a judge over here for 'X Factor,'" she told CNN. "I really enjoyed my time over in the UK being a judge."

Other names circulating for "X Factor" posts include singers ranging from Vanessa Hudgens to Britney Spears.

Cowell, Fremantle and Fox declined comment, but you can expect more "X Factor" judges news later today. Cowell is doing a conference call with reporters in an hour.