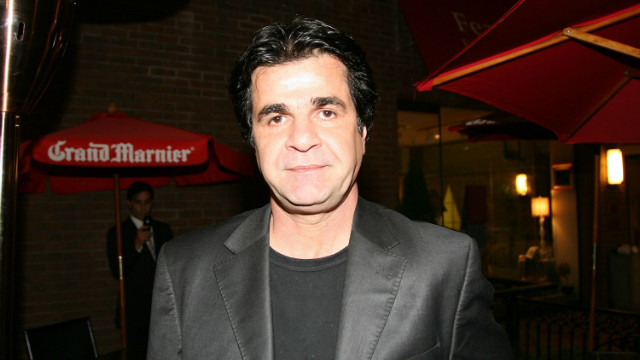 (CNN) -- By some measure the best speech on Oscar night came from an unexpected, or at least, unfamiliar, source: Asghar Farhadi, the director of best foreign language film winner "A Separation."

Farhadi spoke movingly about how culture can transcend politics even at a time when "talk of war, intimidation and aggression" dominates relations between the United States and his country, Iran. He went on to dedicate the award to his fellow countrymen, "a people who respect all cultures and civilizations, and despise hostility and resentment."

Regrettably, according to reports, Iranian state media framed his Oscar as a victory over Israel (a reference to fellow nominee "Footnote") and even reworded the speech to talk about "Western hostility and resentment." Meanwhile, Farhadi's fellow filmmaker Jafar Panahi remains under house arrest in Tehran and faces a six-year prison term for his open support for the opposition movement in Iran's 2009 election.

A celebrated filmmaker on the festival circuit, Panahi has award-winning movies like "Crimson Gold," "The White Balloon" and "The Circle" to his name. Like most Iranian filmmakers, he has necessarily become adept at cat and mouse games with the theocracy's censors, but the stakes are higher now than ever: how to make a film when he's been banned from making films (for 20 years, no less)?

That's the conundrum he discusses with his colleague, cameraman Mojtaba Mirtahmasb, whom he invites over for tea. Someone (his son) has conveniently left a camera running in the corner of the room, so we can spy as Panahi gets up, makes tea, and calls his friend. His idea: he has a screenplay all ready to go. He asks Mirtahmasb to film him as he reads the script out loud.

It quickly becomes apparent that this is not going to work. A film is images, not words on a page. So they start to block and stage the scenes, right there in Panahi's apartment. The rug marks out a wall and a window, the corridor is the road outside the house -- but still Panahi is playing all the parts. The process is exhausting and he recognizes they're not really getting anywhere. This is not a film!

And so he abandons the script. Instead, iPhone in hand, he films himself on the phone with his wife (visiting relatives for Iranian New Year), his lawyer (not optimistic), and interacting with the janitor (taking out the garbage).

If that sounds claustrophobic and frustrating, that is precisely the point.

But "This Is Not a Film" defiantly demonstrates the filmmaker's creativity and engagement just as forcefully as it emphasizes the grotesque and unjustifiable constraints imposed on him. It dares to be tedious, a little, but it also dares to be different, outspoken, challenging, funny, unexpected (look out for an amazing crane shot!) and inspiring. If that old term "independent cinema" still has any artistic currency, well, then consider this Panahi's declaration of independence.

Not a conventional film, certainly, but a powerful and important statement.