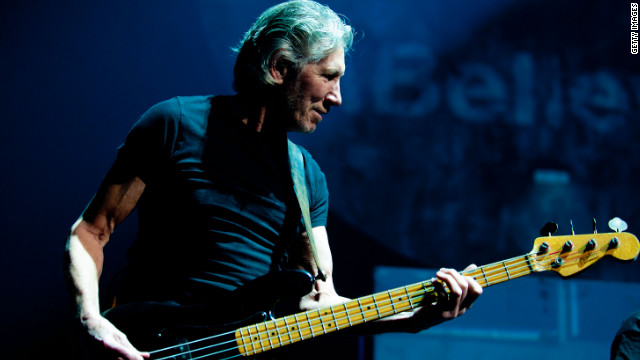 Roger Waters performs "The Wall" in Philadelphia in November 2010.

(Rolling Stones) -- There was agreement, at first. In the summer of 1978, Roger Waters, Pink Floyd's singer-bassist and primary songwriter, presented the other members with two sets of demos and a choice: Pick one for the next album.

The rest of the Floyd wisely voted for Waters' bleak, enraged observation on emotional exile and totalitarian celebrity, provisionally titled Bricks in the Wall. (The other demos became Waters' 1984 midlife-crisis opera, The Pros and Cons of Hitchhiking.) It was also a disastrous decision.

The Floyd fell into eventually fatal throes of conflict and division on the way to the 1979 album's grim, towering splendor. Waters designed, and the band built, The Wall too well.

Immersion is a good way to characterize the grip and whirl of construction recounted on the two CDs of demos in this seven-disc box, which includes a previously released recording of the 1980-81 stage show. (An Experience edition has the original album and a single CD of demos.)

Excerpts of Waters' early sketches are sequenced into a stark vertigo of his contempt ("Mother") and despair ("Goodbye Cruel World") at birth. Later band demos -- "Another Brick in the Wall, Part 2" as a crisp funeral march instead of disco revolt; "The Doctor," a prototype of "Comfortably Numb" -- and discarded ideas like the plaintive "Teacher, Teacher" and the static blues "Sexual Revolution" prove development came slow if steady.

It is obvious, too, that Waters' authoritarian drive was not enough to get this job done. The crucial difference between Waters' initial notion of "Run Like Hell" -- slow, snarky bullying -- and the perversely gleaming menace of the final version is in David Gilmour's demo of jangling commandant's-strut guitar.