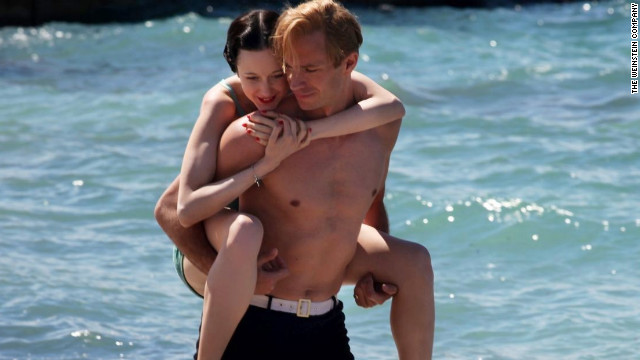 Her second will be harder to avoid -- it's a handsomely produced British heritage picture with James D'Arcy as King Edward VIII and Andrea Riseborough as Wallis Simpson -- but nevertheless you should make every effort to do so. This flimsy vanity project cruelly exposes the Material Girl's limitations. It's a tedious, vapid, threadbare movie that only a superstar could get made -- or would want to.

For reasons we can only guess at, Madonna evidently identifies with Mrs. Simpson, the American divorcee vilified by the British press in the late 1930s when she stole the heart of the world's most eligible bachelor, Edward Windsor, the Prince of Wales and heir to the British throne. (Despite his laddish demeanor, Madonna's second ex-husband, "Sherlock Holmes" director Guy Ritchie, came from a line of blue-bloods and baronets.)

The Brits had no shortage of reasons to dislike Wallis; some valid, some pure snobbery. Not only was this foreigner married when the affair got started, and already a divorcee, she was also rather unattractive by conventional standards. A plain Jane with mannish features who was inappropriately frank about her social-climbing aspirations.

As if that wasn't enough she was also on chummy terms with members of Hitler's inner circle and, salacious gossip suggests, an expert in the Oriental arts of lovemaking (though Madonna's having none of that, the movie is perversely sexless). A less suitable match was hard to imagine, and in the constitutional crisis that followed, Edward was forced to abdicate in favor of his stammering sibling, Bertie.

In other words, Mrs Simpson's hardly your typical "cause célèbre," though that doesn't stop Madonna from painting her as a feminist heroine in "the greatest love story of the 20th century."

In this high-gloss version of events, Wallis is an abused woman (viciously beaten by her boorish first husband), who compensates for her physical shortcomings with her sense of style, quick feet on the dance floor and candid American wit (not that we hear any).

As for Edward, history's naïve, racist and foolhardy womanizer is recast as a debonair sophisticate and improbable champion of the working classes. In the film's most egregious line, Wallis greets her royal suitor with an oh-so-casual, "I've been reading that book you recommended about social reform." Right, and they dedicated the rest of their days to helping the orphans in Africa too.

In a parallel modern-day story that manages to be even more dramatically suspect, Abbie Cornish is Wally Winthrop, the neglected wife of a handsome, philanthropic doctor (Richard Coyle) who won't sleep with her and drives her to futile in-vitro fertilization injections (filmed in wobbly shlock-horror close-ups).

Obsessed with her namesake, Wally spends several eons wandering through a Sotheby's exhibition of the Duke and Duchess' artifacts, catching the eye of a studly security guard (Oscar Isaac), an ex-Russian intellectual who borrows the royals' dinner service for an impromptu date dressed in a kilt and a bearskin hat. In superstar circles this is what passes for romance.

Despite these absurdities, "W.E." is nicely packaged and photographed. Andrea Riseborough miraculously makes Wallis Simpson more interesting than this hagiography allows, especially when she starts to regret her great conquest as the trappings of wealth turn claustrophobic.

There are inklings of a real movie in this somber coda, but the interminable modern scenes remain desperately trite, and just because Madonna thinks it's OK to turn a blind eye to fascism, there's no reason to follow suit. As Queen Victoria is supposed to have said, "We are not amused."