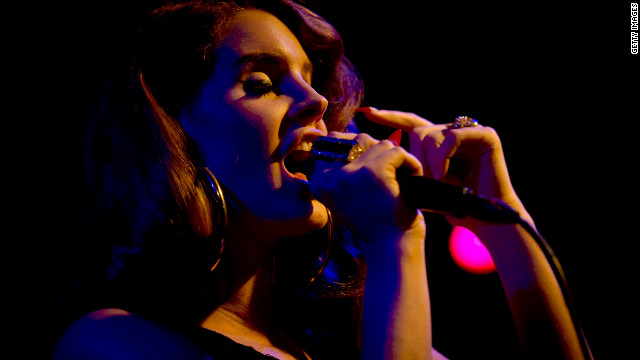 Lana Del Rey has only charted one song domestically: "Video Games," and that only reached No. 91 on the Billboard Hot 100.

(EW.com) -- People constantly debate whether the phrase, "All publicity is good publicity," actually has any credence, but in the case of Lana Del Rey, the saying has proven itself true.

After nearly six months of feverish online debate -- her name! her lips! her backstory! -- the divisive songstress, whose poorly received performance on "SNL" launched a thousand blog posts, lands high on this week's chart. Her debut album "Born to Die" debuted at No. 2 on the Billboard 200, selling a solid 77,000 (if not spectacular, considering its marketing budget) copies.

Impressively, Del Rey accomplished this feat without a single bona fide "hit" to her name. Although her recent video for "Born to Die" has amassed over 19 million views, she has only charted one song domestically: "Video Games," and that only reached No. 91 on the Hot 100. Understandably, 74 percent of her album sales were digital downloads.

Adele, of course, topped the chart once again, logging her 19th week in first place. Thanks to massive Grammy buzz, the blockbuster album moved another 122,000 copies, which means "21" has now sold over 100,000 units in 35 separate weeks.

Yahoo's Paul Grein notes that this is the first time an album has done this since Creed's "Human Clay," which logged 49 weeks of sales above 100,000 from 1999 to 2001. If Adele wins Album of the Year at the Grammys on Sunday (as she is expected to), "21" should easily blaze past the 7 million mark.