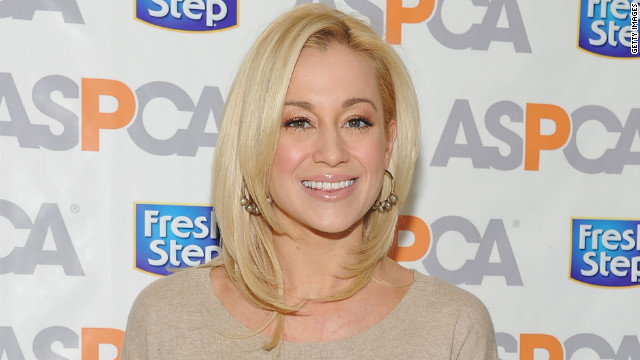 "I just really got to take my time and really go back to the roots of country music," Kellie Pickler said about her new album.

(CNN) -- If you've cast Kellie Pickler as either an "American Idol" runner-up, pop-country musician or both -- it's time to re-evaluate.

Last week she released her third album, "100 Proof," an 11-song set of traditional country music reflecting the potent ballad style of classic stars like Dolly Parton and Tammy Wynette as well as a rowdy side on a few numbers.

But it's "Mother's Day" that finds Pickler at her best: She's sad and vulnerable throughout. Anyone that knows the story of her strained relationship with her mother can hear the emotion wrapped up in this number.

Pickler's voice always worked in her pop-oriented prior albums, but with "100 Proof" she sounds wise beyond her 25 years, both in lyric and voice.

CNN recently spoke with Pickler about her new album, ditching a pop sound and writing with Taylor Swift.

CNN: The new record is called "100 Proof." Should we infer this is your most potent batch of songs to date?

Pickler: (Laughs.) I guess you could say that. I'm so proud of this record. I've never worked harder on anything like I did this. I branched out, wrote with different song writers; people I never thought in a million years that would write with me. I just really got to take my time and really go back to the roots of country music and show who influenced me growing up. I'm happy that I had the freedom to sprinkle a little bit of that through the record.

CNN: Who are these people you were obsessed with when you were growing up?

Pickler: I loved Dolly Parton, I love Loretta Lynn and Tammy Wynette. I don't know if it was the fact that their music felt so real and all of their songs came from a real place in their life. I feel like we were all raised the same.

CNN: You had a rather rough upbringing. How much of that experience informs your work these days? Songs like "Tough" and "Mother's Day" stand out.

Pickler: I'd definitely say that my life is on this record. When my husband (country musician Kyle Jacobs) and I sat down and wrote "Mother's Day," there were no intentions of it to ever be heard or go into the studio to record it. I don't really think about that when I sit down and write about what I'm going through. I didn't write that song for anybody else but me I guess. Sometimes it's OK to do things for yourself every now and then. A couple of our songwriting friends heard it and they really encouraged me to think about trying to get it on the record. It's one of those things that just kind of happened and there was no plan for it except for me to find closure.

CNN: "100 Proof" has shifted to this more traditional sound. Sometimes, it's back-bar stomp, other times it's these sleepy, pedal steel ballads. Did you grow tired of the pop-oriented sound?

Pickler: I never wanted to be a pop singer. I've never wanted to be. I've always wanted to make records like this. The first thing I ever said when I went into the Sony building was "I love Tammy Wynette, I love Dolly Parton, I love Loretta Lynn." Look, times are tough for record companies and I get that they have a formula and have to play certain things safe. Me not being an established artist ... they can't afford to take certain risks.

I know who I am now, better. I was 19 when I got in line for "American Idol." Nobody knows who they are at 19; you're not supposed to. I did this whole thing backwards. You come off a show like "Idol" and you're a celebrity, but for what? You don't have a song on the radio, you don't have an album out. You've been singing cover songs and you haven't done anything really. You have to develop backwards as an artist. Become a celebrity first and figure out "what kind of artist am I and where do I belong?"

CNN: How does your writing go these days?

Pickler: I just write about whatever I feel like that day. I don't ever sit down with a plan. (Songwriter) Leslie Satcher told me -- and I never had anyone say this to me before -- she said "you speak in lyrics." And I said "huh?" She said "you speak in lyrics." The first time we ever wrote, she's writing down everything I'm saying. I don't know how to write about anything else but what's going on. I can't just go in and make some bulls*** up. I can't do that. It has to come from a real place or I can't write it.

CNN: A couple of years ago, you penned a tune called "Best Days of Your Life" with Taylor Swift. Have you all talked about doing anything more together?

Pickler: No we haven't. It's been five years ago ... it feels like. We wrote that when we were out on tour with Brad Paisley and it seems like so long ago. But no, we haven't written since then. But even there, I stormed on our bus and I was upset about a boy and we just ended up writing about it. No intentions of writing, just talking and we started playing. Never thought anyone would hear it.

CNN: That seems to be a theme with you. Write something you don't think anyone's going to hear, then release it.

Pickler: Yeah. We'll see. Maybe one day I can release and album called "Work Takes" and it has all the song's I've written that nobody's heard.