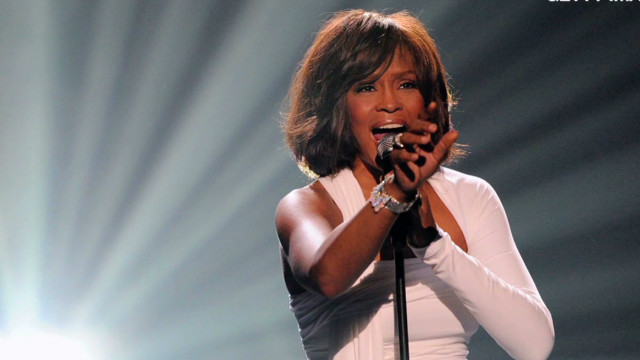 (CNN) -- The remake of the movie "Sparkle" seemed tailor-made for Whitney Houston.

After years largely in the shadows, the 48-year-old singer took on a part that seemed to have parallels to real life.

The story, a remake of the 1976 film of the same name, is loosely based on The Supremes, and follows three sisters who have to face the difficulties that come along with fame as their singing careers take off.

The movie currently is in post-production for release late this summer.

'Whitney had no life without her voice'

"When she (Houston) walked out there and began to perform, we were all just stunned at how well she did, not only with the singing but also with the acting as well," Bishop T.D. Jakes, who produced the movie, told CNN's Soledad O'Brien on Thursday.

Jakes -- who will attend Houston's funeral on Saturday, a week after she was found dead at a Beverly Hills, California, hotel -- recalled being drawn to the script.

"I saw the original 'Sparkle' and loved it," he said. "It spoke to hope and the resilience of the human spirit in the midst of the decadence of life."

He told CNN of the "synergy" between Houston and Sparks on and off the set, with Houston serving as a mentor.

In the movie, Houston, who had a daughter of her own, plays a mother who had reached the apex of her career and had settled down to singing in her church, Jakes said. Sparkle is in the choir, poised to make her own move toward the big time.

"There is some interesting parallels between the script and the lives of the two women," Jakes said.

Houston, who helped produced the film, chose to sing "His Eye Is on the Sparrow," leaving everyone on the set teary-eyed, the pastor said.

"Sparkle" is scheduled to hit the big screen on August 17, according to Sony Pictures Entertainment.

Industry observers are waiting to see how "Sparkle" fares, perhaps in comparison to "This Is It," the documentary film that showed Michael Jackson preparing for a series of London concerts. The film was released after Jackson died in June 2009.

According to the website Box Office Mojo, the 2009 release of "This Is It" performed well at the box office for its genre.

It ranked as the fourth highest-grossing Halloween debut on record, and grossed $34.4 million in five and a half days, according to the website.

With "Sparkle," Houston posthumously will showcase the talent that made her loved by millions since the 1980s. Her last film was 1996's "The Preacher's Wife."

To Jakes and others, the movie was going to help relaunch Houston's career.

"We did not know that we would be left with the (film)," Jakes said. "I think it's a responsibility to hold in our hands her last cinematic production."

CNN's J.D. Cargill and Nischelle Turner contributed to this report.