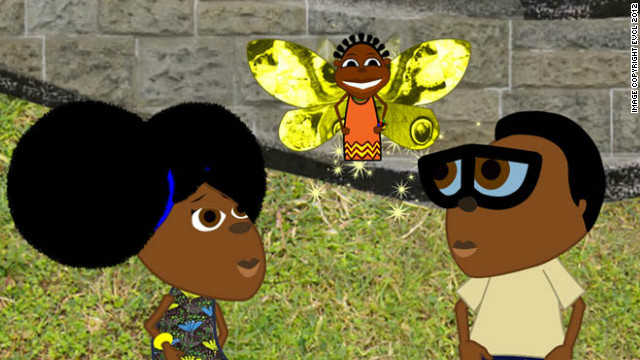 Nigerian cartoon "Bino and Fino" tells the story of a brother and sister who live with their grandparents in an unnamed African city. 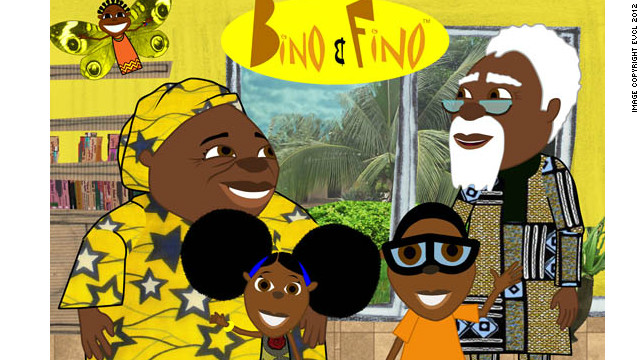 The cartoon aims to teach children about African history, languages and culture. 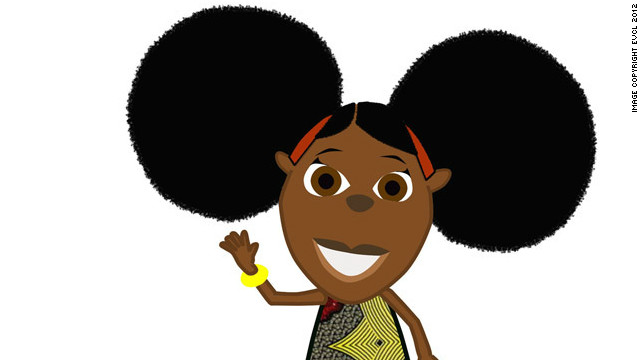 Creator Adamu Waziri,Waziri says he wants "to teach kids and show that the stuff you see on TV of starving people isn't the only thing (in Africa) -- you have a middle class here who have the same aspirations as everybody else." 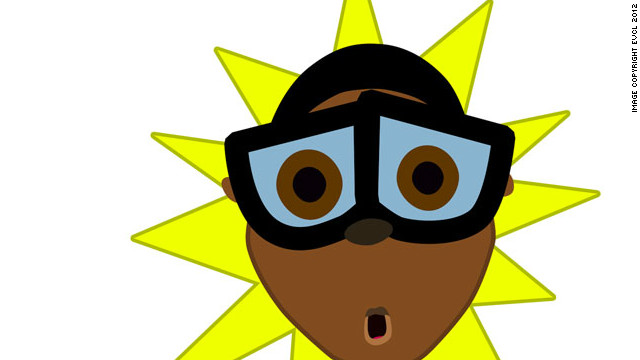 Two full-length "Bino and Fino" episodes have been shown on Sky TV in the UK. 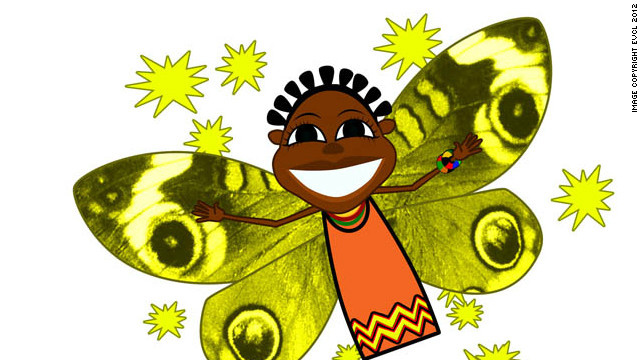 Zeena the fairy also features in the cartoon. 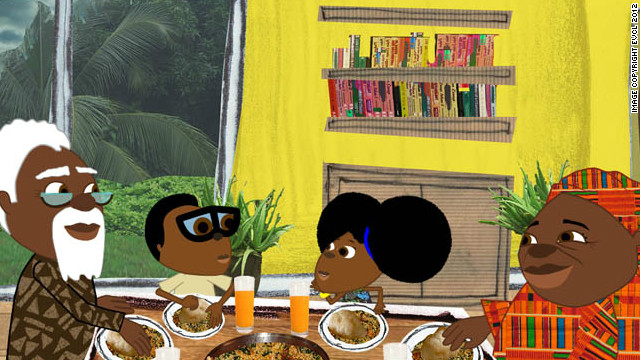 Waziri is now looking to attract the funding and sponsors needed to get the cartoon aired in Nigeria.

(CNN) -- Move over Disney -- a Nigerian animator has produced an educational cartoon to teach youngsters about African culture.

Tired of African children watching only imported cartoons that didn't reflect their lives, Nigerian animator Adamu Waziri decided to do something about it.

His creation is "Bino and Fino," a cartoon aimed at three to five year olds, about a brother and sister who live with their grandparents in an unnamed African city.

"I want to create a brand that's as good as Dora the Explorer, Charlie and Lola, quality wise, made in Nigeria, that is educational, and also shows positive aspects of Nigerian/African culture, not just to Nigerian or African kids but to kids everywhere," says Waziri.

The pilot episode celebrated Nigeria's Independence Day and looked at the issue of colonialism. The cartoon has also had segments teaching the numbers one to 10 in the Nigerian Igbo and Yoruba languages.

He adds that he wants the program to "teach kids and show that the stuff you see on TV of starving people isn't the only thing (in Africa) -- you have a middle class here who have the same aspirations as everybody else."

Bino and Fino isn't the only children's cartoon produced in Africa. "Tinga Tinga Tales," for example, is made in Kenya for the BBC, while "Jungle Beat" is produced in South Africa and has been shown internationally. But both cartoons, like many set in Africa, tell stories about the continent's exotic animals. Waziri was determined to do something different.

"I said I'm not going do African folk tales, animals -- that's what you get in (animated movie) 'Madagascar' -- we don't want to do that," he says.

"We want to show a couple of kids in a middle class life, which I know isn't the reality of all the kids in Africa, but let's show that reality -- the reality of people using laptops, phones, going to school, doing their daily business -- no talking ants, no dancing 'jinga jinga' music -- just a cartoon of life."

Two full-length "Bino and Fino" episodes have been shown on a channel on Sky TV in the UK, where Waziri says it has been well received. The next step is to attract the funding and sponsors needed to get the cartoon aired in Nigeria.

Stop waiting for Disney to do it, do it yourself.
Adamu Waziri, creator of "Bino to Fino"

It takes Waziri and his core team of four a month and a half to produce a single episode of Bino and Fino, which is just eight minutes of animation. His says the slow turnaround is off-putting for sponsors in Nigeria, where feature-length Nollywood movies are often produced in a matter of weeks.

Waziri adds that when it comes to entertainment, some Nigerians have a mindset of "West is best," but he is determined to change people's minds by showing it's possible to make a credible homegrown alternative to imported programs.

He believes that it's not enough for Africans to complain of being underrepresented in foreign cartoons, or misrepresented by international media -- they must also do something about it.

"People complain that Africa is not represented well in the media," says Waziri. "I understand that, but my point is Nigeria and other parts of Africa aren't poor, you have businessmen, the infrastructure, the ability to link up and make studios, finance it and sponsor it and make the market -- stop waiting for Disney to do it, do it yourself."