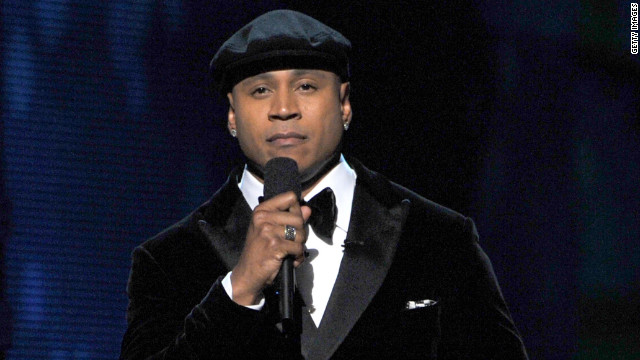 "Whitney, we will always love you," host LL Cool J said at the 54th annual Grammy Awards in Los Angeles.

(CNN) -- One more time, Whitney Houston brought a crowd to its feet.

"I Will Always Love You" had earned record of the year at the 1994 Grammy festivities, with the accompanying "The Bodyguard" soundtrack taking home best album.

But for all the awards that Houston earned that night, it was her voice that resonated most -- as it did throughout her career.

The iconic songstress' range and power were on display once again Sunday night, echoing through the packed Staples Center moments after the music world's luminaries bowed their heads in prayer in honor of her death.

By the time a replay of her 1994 performance was complete, the audience's applause gave way to an emotional standing ovation.

"Whitney, we will always love you," host LL Cool J said at the 54th annual Grammy Awards in Los Angeles.

A day earlier, Houston was pronounced dead in her fourth floor room at a Beverly Hills, California, hotel. The world may wait as many as eight weeks -- when results from toxicology and other tests should be in -- to learn what happened, with Assistant Chief Ed Winter of the Los Angeles County Coroner's office saying little Sunday besides "foul play is not suspected."

Headlines in recent years about Houston have tended to focus more on her battles with drug addiction and her relationship with her ex-husband, "New Edition" performer Bobby Brown, than her musical accomplishments.

Yet recollections of her enormous talent took center stage Sunday night, as did the six-time Grammy winner's membership in the music world's "family."

"Tonight, we ask ourselves: How do we speak to this time? To this day? There is no way around this. We've had a death in our family," he said.

The rapper and actor then offered his prayer, thanking God "for sharing our sister Whitney with us."

"And although she's gone too soon, we remain truly blessed to have been touched by her beautiful spirit and to have her lasting legacy of music to cherish and share forever," he said.

During the show, stars of past and present -- from Bruno Mars to Stevie Wonder -- celebrated the late singer.

LL Cool J promised more to come, saying "later tonight, we will remember you the best way we know how: with a song." Producers have said that Jennifer Hudson will perform a "respectful musical tribute" late in the show.

The sentiments voiced Sunday night echoed those that have been offered ever since news broke of Houston's death -- coming from close friends, musical icons and everyday fans who never met the iconic performer but were moved by her music.

"I just want to say to Whitney up in heaven, 'We all love you,'" Wonder said.