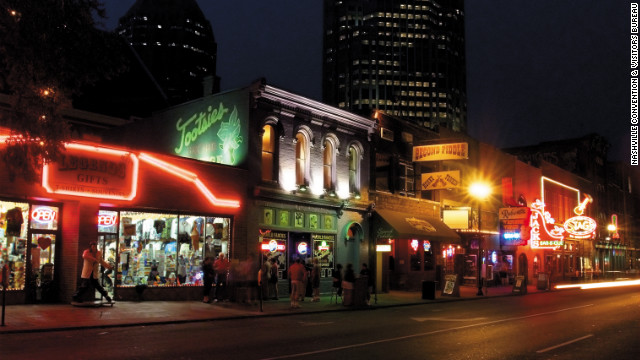 Tootsies is one of Nashville's most popular honky-tonks and a favorite with Gavin DeGraw.

(CNN) -- Gavin DeGraw is a New York state native who now calls Nashville home. That is, when the singer/songwriter's not on the road -- which is rare these days. DeGraw is currently out on tour to promote his new album, "Sweeter."

When he does get a break from touring, he heads back down South to Nashville. He took a little time out to share a few suggestions on what to do if you find yourself in Music City.

DeGraw reflects on life 'on the road'

"(It's) my favorite honky tonk on Broadway. Music and atmosphere is hard to beat. Just show up at any random time. ... Some of the best musicians on the strip play on that stage," says DeGraw.

"This place is a must," DeGraw says. "You feel like you are eating at your grandma's house when you walk into this place. Anything you order is going to feel like your grandma made it. The biscuits are a must!" 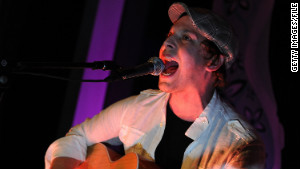 Gavin DeGraw is on tour with his new album, "Sweeter."

The Loveless Cafe was originally a motel and cafe owned by Lon and Annie Loveless. While it has grown significantly since 1951 and given up the motel end of the business, the cafe still serves its famous fried chicken and Annie Loveless' secret recipe biscuits that DeGraw loves so much.

Just like the Loveless Cafe, The Pancake Pantry has long been a Nashville staple. The popular family-owned eatery opened in 1961. In addition to its famous pancakes -- from orange-walnut to pigs in a blanket and chocolate sin -- the pantry boasts about its secret recipe syrups.

DeGraw has a tip for visiting this popular Nashville landmark: "The key here is to go in the middle of the week or you're going to be waiting for hours. Another great place to catch up with friends and family and even though they are always busy, they never rush you out."

This Broadway honky tonk is also a DeGraw favorite. "This place has so much history. So many of the legendary country artists have performed and hung out at Tootsies ... Willie Nelson, Waylon Jennings, Mel Tillis, Kris Kristofferson, Roger Miller, Patsy Cline," says DeGraw.

Tootsies, like Robert's Western World, holds a place in Nashville honky-tonk history. Legend has it that original owner Tootsie Bess used to slip $5 and $10 bills to struggling songwriters and that she kept a box of IOU's behind the counter to make sure that they could drink and eat as well. At the end of each year a group of Grand Ole Opry performers would come and pay the IOU tab so Tootsie wasn't out the money.

The dive bar Losers will draw a much more local and diverse crowd than Tootsies and Robert's Western World. It's also very close to Vanderbilt University, so it's popular with the college crowd.

"I like this place because this is a local musician joint that is not necessarily country," DeGraw says, explaining why it's on his list of favorites. "My musician friends who aren't on the road stop into this place from time to time, as do I."