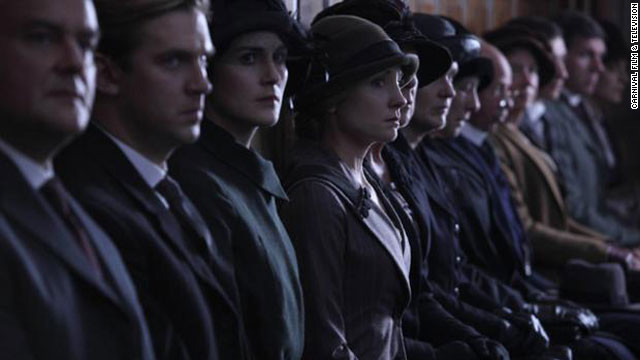 Downton Abbey is PBS' most popular series since the premiere of "National Parks" in 2009.

A total of 5.4 million viewers tuned into Sunday night's two-hour closer. It was PBS' most-watched program since the premiere of Ken Burns' "National Parks" in 2009.

For some perspective, PBS' period drama delivered more first-run viewers than FX receives for successes like "American Horror Story" and "Justified", or AMC gets for favorites like "Mad Men" and "Breaking Bad" (though not as much as "The Walking Dead").

Overall, the second season "Abbey" audience was 25% larger than the first round. The show is also delivering a much younger audience than the usual "Masterpiece crowd", with female viewers 18-34 up 251%.