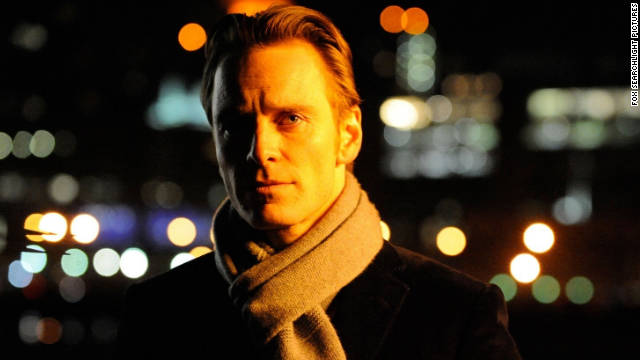 Michael Fassbender, shown here in "Shame," was surprisingly not called among the nominees for this year's Academy Awards.

Despite being one of the biggest breakout stars of 2011, thanks to his mesmerizing performance as a sex addict in the harrowing drama "Shame," Michael Fassbender was surprisingly not called among the nominees for this year's Academy Awards.

Long considered a shoo-in for a Best Actor nominee, Fassbender was edged out by first-time nominee Gary Oldman for "Tinker Tailor Soldier Spy" and dark horse nominee Demián Bichir for "A Better Life." (EW's Dave Karger hoped Oscar voters would take notice, and it seems like they most certainly did.)

But Fassbender wasn't the only shocking snub in the Best Actor category. Ryan Gosling was a triple threat in 2011 with his acclaimed turns in "Drive," "The Ides of March," and "Crazy Stupid Love." (Though the latter would have been in the Best Supporting Actor race.) Between breaking up street fights, being a good sport about your, uh, supporting actor, and of course, turning in great performances, fans of Gosling and Fassbender are no doubt wondering this morning, "Jeez, what's a guy have to do to get an Oscar nomination?!"

Joining Fassbender and Gosling in the notable snubs in the acting races are Golden Globe and SAG nominee Leonardo DiCaprio for "J. Edgar" (Best Actor), Gosling's "Drive" co-star Albert Brooks (Best Supporting Actor), and "We Need To Talk About Kevin's" Tilda Swinton, who lost her spot in the Best Actress race to "The Girl With the Dragon Tattoo's" Rooney Mara.

As if awards show perennials like DiCaprio and Swinton getting left out weren't surprising enough, there were plenty of other baffling snubs in other categories. A Golden Globe nominee, Will Reiser's equal parts hilarious and heartbreaking autobiographical "50/50" was omitted from the Best Original Screenplay race.

Hollywood legend and three-time Oscar winner Steven Spielberg was snubbed from the Best Director category for "War Horse." While "The Adventures of Tintin" won the Globes' Best Animated Feature trophy, it was no match for out-of-left-field choices like "A Cat in Paris" and "Chico & Rita."

And lest we remind "Harry Potter" fans, the "Deathly Hallows — Part II" was left out of all of the major categories.