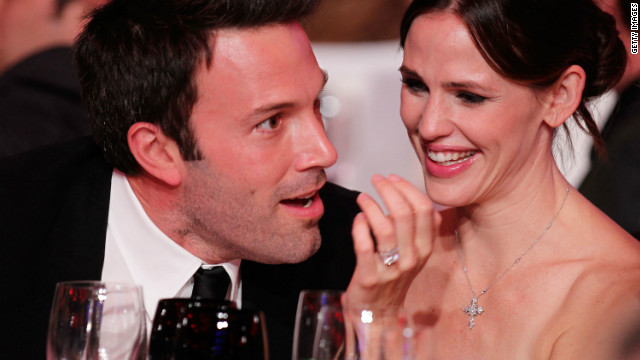 "He said, 'Well, we have girls. My girls love me. I'm the big guy in the house,'" Jennifer Garner said of Ben Affleck.

(PEOPLE.com) -- Older siblings often want to help with baby names, but their choices sometimes aren't the most desirable.

Jennifer Garner and Ben Affleck are learning this as they prepare for their third child -- and are getting an avalanche of suggestions for names from daughters Violet, 6, and Seraphina, 3.

"Our girls are working on names. At first they were definitely Disney. It was like, Donald Duck, Minnie Mouse Affleck," the "Butter" star, 39, said Wednesday on "The Tonight Show."

"And then they've moved on. Then it was Peter Pan, Captain Hook, Smee."

With those character names not really cutting it, the girls moved on to other strategies.

Garner knows the sex of the baby, but declined to reveal it on the show. Asked if her husband wants a boy, Garner -- who has said she wants a third girl -- said she actually didn't know.

"I would have thought so. At first I think I really thought so," she said. "And then he kind of said, 'Well, we have girls. We know how to do girls. My girls love me. I'm the big guy in the house.' So, now I'm not sure."