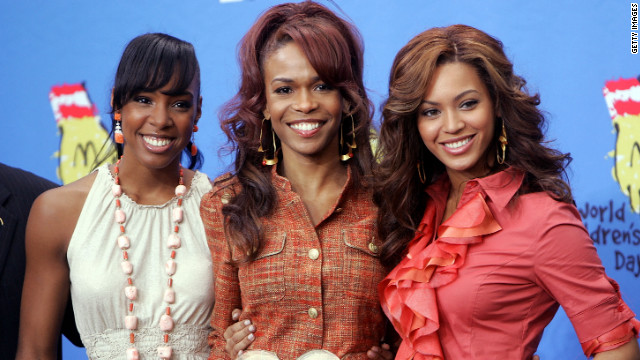 (PEOPLE.com) -- Beyoncé just brought baby Blue Ivy Carter home from the hospital but motherhood, according to her former Destiny's Child bandmates, is as natural for the pop star as dancing in stilettos and a leotard.

"She's doing fabulous," Michelle Williams told PEOPLE on the red carpet at the taping of the 2012 BET Honors in Washington, D.C., on Saturday

"She was born to be a mother," Kelly Rowland added at the show, which will air February 13. "She's wonderful."

According to Williams, Beyoncé has what it takes to be a great mother to baby Blue. "She has such compassion for people and humanity, period," she said.

Still, Williams admits that the ladies of Destiny's Child never thought their frontwoman would be the first to become a mom.

"We were very shocked. We were laughing with each other the other day and she was like, 'Can y'all believe it? I was the anti -- like no children for me,' and she's the first one [of us to have a baby]," Williams said. "So it was so amazing to see her."

Williams, who already spent time with "the bundle of joy," says Beyoncé and Jay-Z's little chart topper just might be the most stylish baby on the scene.

After all, she has Kelly and Michelle looking after her!