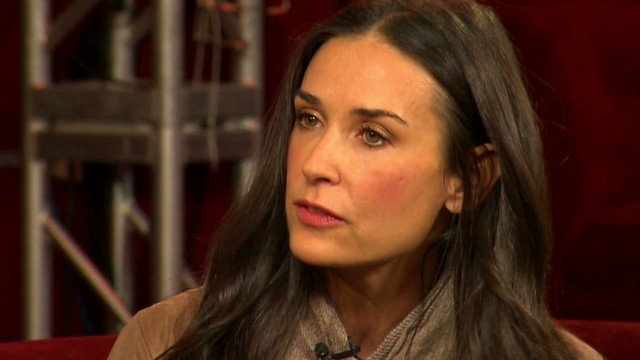 Friend to 911: Demi smoked something

Los Angeles (CNN) -- A woman called 911 soliciting help for actress Demi Moore, whom she said was "convulsing" and "burning up" after "smoking something," according to a recording of the call obtained Friday from the Los Angeles Fire Department.

The star of "Ghost," "A Few Good Men," "G.I. Jane" and other films was rushed to a Southern California hospital late Monday night after the call.

The 911 call features an unidentified woman referring to Moore and saying, "She smoked something -- it's not marijuana, but it's similar to incense. And she seems to be having convulsions of some sort."

The same woman described Moore as "semi-conscious" and "barely" breathing. She claimed that, while Moore meant to smoke the unidentified substance, her reaction to it was "accidental."

Another woman then got on the phone to talk to the 911 operator, saying that Moore was "sort of shaking, convulsing (and) burning up."

"She's been having some issues with some other stuff," the woman added.

Earlier this week, a representative for Moore said after the incident that the actress -- who recently separated from her husband, Ashton Kutcher -- has been dealing with stress.

"Demi has chosen to seek professional assistance to treat her exhaustion and improve her overall health," the representative said in a statement. "She looks forward to getting well and is grateful for the support of her family and friends."

Moore had been slated to portray Gloria Steinem in the Linda Lovelace biopic, "Lovelace." But her representative said she is no longer working on the film.

The production said in a press release that "Sex and the City" star Sarah Jessica Parker will take over that role.